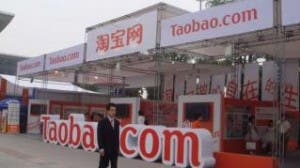 E-commerce giant Alibaba Group are wading into the e-book arena with an application for the iPhone, iPod Touch, iPad and possible it’s own Kindle like e-reader in the future.

The iOS application has been launched in a Beta state on the popular Chinese forum Weiphone.com and has already found home on many a iOS device since released.

Tao Ran senior director of public relations at Alibaba group was quoted as saying “not impossible” that the group could release it’s own e-book reader to rival the Kindle and Nook.

Currently Alibaba sells e-books, movies and music through its dedicated content website Taohua.com, but they are planning to expand the digital content service to it’s popular Taobao online retail site with over 370 million registered users.