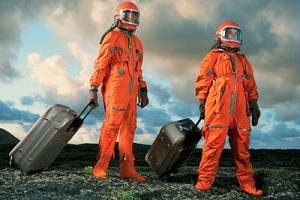 Chairman of Space Adventure, Eric Anderson, recently attended the 60th anniversary of the Pacific Asia Travel Association (PATA) and while there voiced his plans for Chinese space tourism.

Currently, Anderson’s company are the only group to provide space travel to tourists with a 2 week trip to space costing upwards of $50 million! However, the group are planning to design cheaper alternatives which may only last a few minutes but will cost much less at ‘only’ $100,000- $200,000!

There may also be lucky draws which will give ‘ordinary people’ the chance to visit space for free.

We assume Anderson mean the ‘not ridiculously rich’ when he says ‘ordinary people’!

Fortunately we still have plenty of time to either save up, win the lottery or find a bag of money as Chinese Space tourism won’t be available for at least 10 years!