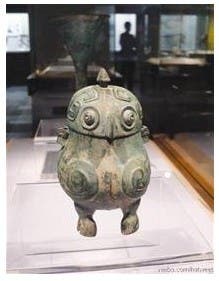 This mighty fine looking ‘space owl’ currently on display at Shanxi Museum is actually a 3000 year old drinking vessel from the late Shang Dynasty and is actually known as Xiaoyou.

But recently this picture of the ancient artifact was posted on Sina Weibo and has been re-tweeted 5000 times and received more than 500 comments due to the ‘cutesy antiquity’’s likeness to the popular Roxio Angry Bird video game character.

We think it look more like an awesome space owl, what do you think?

Previous Dell Has 3 New Tablets for 2011