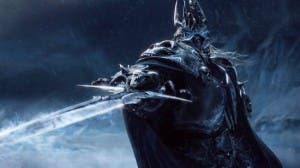 Chinese inmates at a prison labour camp in Heilongjiang province are allegedly being forced to play the popular online game World of Warcraft instead of doing any hard labour.

Reports claim that inmates are forced to play to play the popular online game for up to 12 hours a day, where they constantly farm gold which is then sold to gamers to lazy to get their own digital gold.

The selling of WoW gold in such a way has already been banned by game publishers Blizzard, but this hasn’t stopped prison bosses earning upwards of 6000 Yuan per day thanks to the digital hard work of 300 prisoners.

Via: Gadgets Republic and The Guardian

Next GT6 iPhone 4 Doppelganger Looks as Good as The Real Thing!