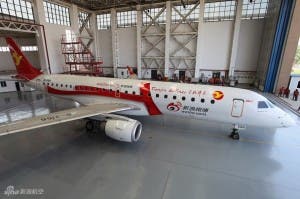 Sina’s Weibo micro blogging network is an official bonafide success. Latest figures suggest that the Twitter-like social networking service reached a staggering 140 million users at the end of April, and that number is still skyrocketing!

The network is so popular that even the aviation service is getting in of the marketing, with Tianjin airlines even naming one of its newly purchased jets the ‘Sina Weibo’!

The small passenger plane has been nicely decorated both inside and out with plenty shout out’s to the blogging service: 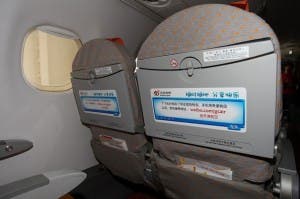 when you leave the plane, don’t forget your luggage, wallet or other personal belongings, and our Sina weibo official account, weibo.com/gsair.

It’s just a shame you can access your Weibo account while cruising a mile off the ground!