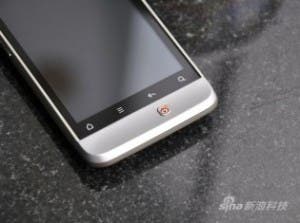 We all know that HTC and Facbook have worked together on the latest Chacha and Salsa phones for the western market, but for China HTC have teamed up with a top Chinese social networking site and renamed the phones Weike.The HTC Weike phone will get the same specifications as the Chacha and Salsa equivaolents, but will be linked up to Sina’s Weibo service.

The choice to use Weibo instead of RenRen seems odd to some, sure Weibo is the ‘in’ Twitter-like social networking service in China, but RenRen is older and more similar to Facebook.

Other China specific apps such as Weilindi and Sina Music will also come pre-installed on the Weike when it makes it debut later this year.

Below is a video of the HTC Weibo phone in action: