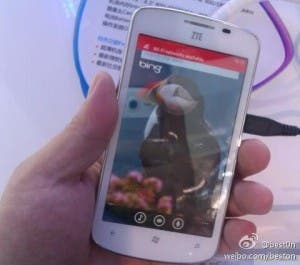 Not to be outdone by the news of Nokia’s new range of Windows phones heading to China, ZTE have announced details of their own Mango phone.

Chinese reporters are comparing the ZTE Tania to the Nokia 710 as both will be priced at roughly 2000 Yuan ($313), both run Windows 7.5 Mango, and sport 3G, AGPS and a 5-megapixel camera.

While we are happy to see ZTE launch lower priced well spec’d phones, if we had the choice between the Tania and the Nokia 710 we know which we would choose!