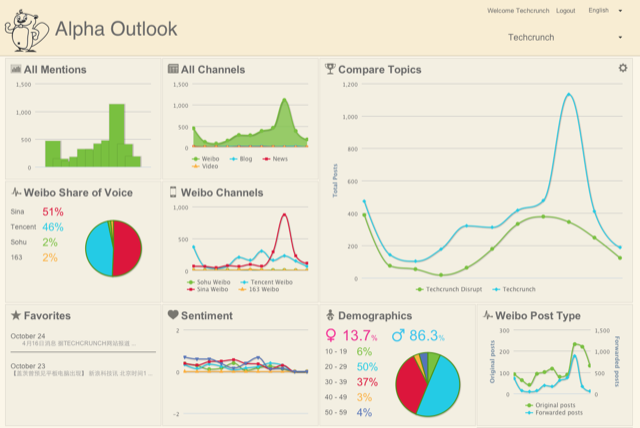 Although the big names like Twitter and Facebook don’t have much over a following in China (at least officially) there are plenty of Chinese alternatives for the 485 million Chinese ‘netizens’ to choose from!

CEO Chad Pankewitz spoke at TechCrunch’s Disrupt event about his company’s move. In an interview he stated that there are currently 485 million people online in China and 900 million mobile devices creating a huge challenge for companies to keep track of online conversations in realtime.

TechCrunch have a video with the Alphaoutlook crew and details on how to sign up for the beta here.

Next Qiuqiu Brings Fun Location Based App Discovery to Android