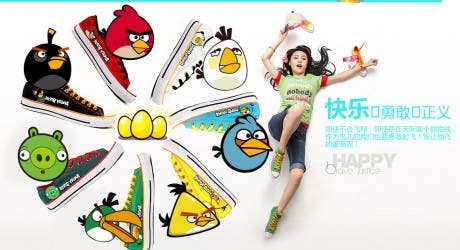 Angry Birds developer Rovio have announced that they plan to open Angry Bird retail stores across China over the course of the next 12 months.

The decision to open the stores in China is due to the shear number of unofficial and knock of Angry Birds products and merchandise available in China and the rate it is selling!

The planned stores are the latest attempt by Rovio to capitalise on the Angry Bird phenomenon, which included a number of fake Angry Birds novelties and even an Angry Birds Android tablet. The company have recently opened an office in Shanghai and, earlier in the year formed a cooperation with a Chinese theme park which had made an unofficial (unlicensed) real life Angry Birds game.

Earlier this week Rovio’s Peter Vesterbacka talked at Disrupt in Beijing about how he plans to grow the the Angry Bird franchise throughout China and the rest of the world.

Next 7-inch Asus Eee Pad Transformer tablet in the works