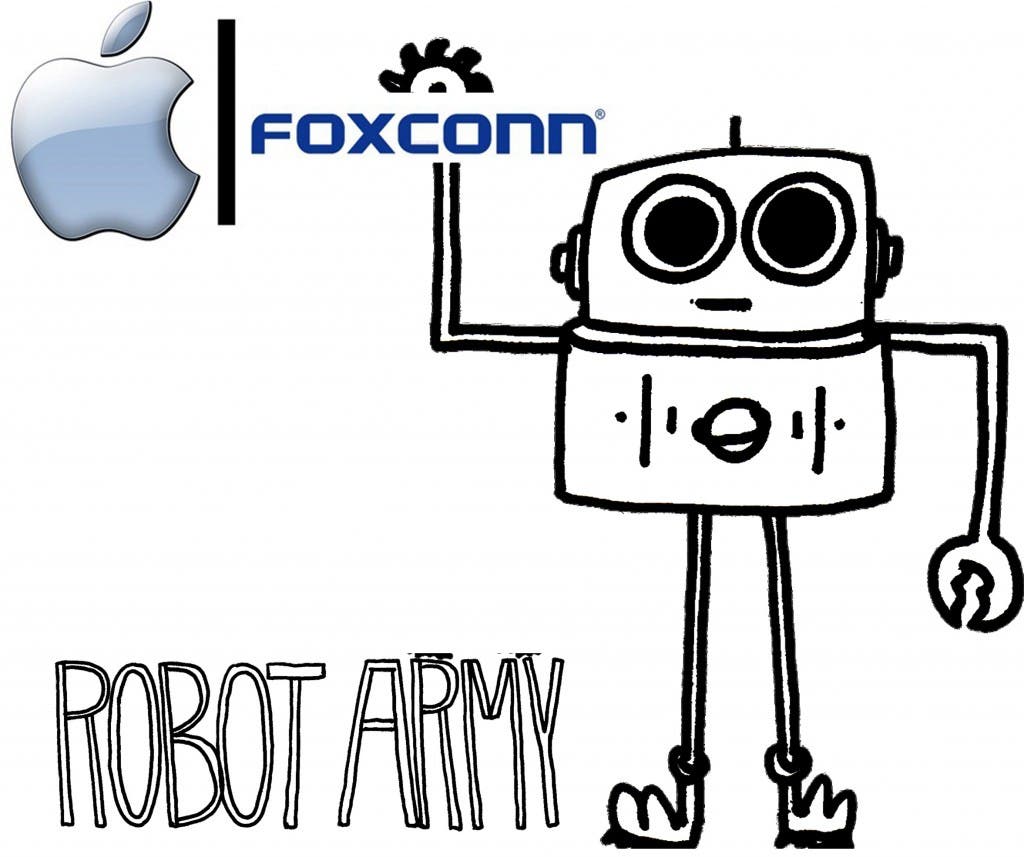 We wrote a few months ago that Foxconn were planning to introduce a army of intelligent robots to their factories and the first steps have just been taken with CEO, Terry Gou making things official!

The development is expected to create 2,000 new jobs (until they are replaced with the robots they are building?) and will cost upwards of $4 billion!

Foxconn have been in the headlines far to often over the past few months, with another young worker jumping to their death and another Foxconn employee murdered over a newspaper!

Previous Can't Find a Taxi? YongChe is the app for that!

Next Confirmed: Next iPad WILL have Retina display!