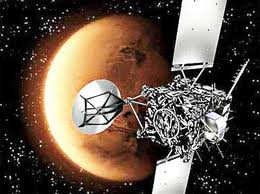 China’s Yinghuo-1 satellite was launched earlier this morning from Baikonur cosmodrome along with the Russian Phobos-Grunt probe.

Both probes are heading towards Mars, but once there have very different destinations.

The Russian probes mission is to land on Phobos, the larger of the two Martian moons, and collect rock and soil samples.

While Phobos drills on and collects samples, the Chinese Yinghuo-1 satellite will head toward the Martian surface itself orbiting the red planet looking for answers to why water disappeared from Earths closest solar relative.

The Phobos-Grunt is designed to return to Earth and be the first probe to bring sample back from the Phobos moon in 2014, while Yinghuo-1 will stay in space for 2 1/2 years collecting data and sending it back to Chinese scientist.

Previous Sina Weibo Reports 250 million users (again!) but is anyone really using it?

Next HTC Cybertron and Other Cool New Phones Leaked!