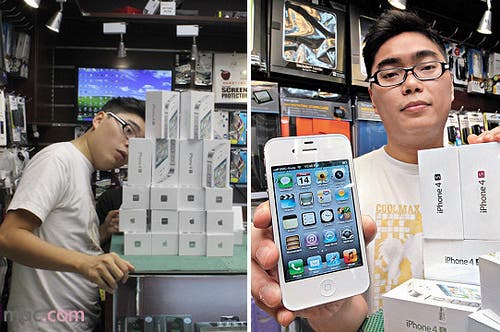 The latest Q3 figures from Strategy Analytics report that China has leaped in front of the United States to become the worlds largest smartphone market by volume.

According to the report 23.9 million smartphones were shipped in China during the third quarter of this year (2011) overtaking the US for the first time.

Sales of smartphones such as the iPhone 4, Samsung Galaxy range, plus phones from Motorola, LG and Sony jumped up 58 percent from Q2 in China, compared to a mere 7 percent increase for the US market.

Domestic brands such as ZTE, Huawei, plus smaller ‘chic’ brands as Meizu and Xiaomi also helped to increase the awareness of smartphones in China, in particular Android phones which have seen the largest growth.