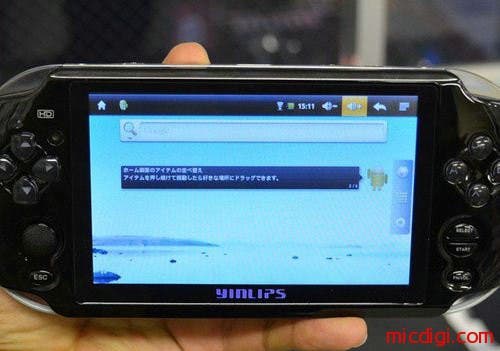 It’s not just cheap Android phones and tablet which are emerging from China, but also portable games consoles, and in true Shanzhai style it’s a knock-off!

Everything about the PSV clone looks really well thought out. The overall body and exterior look and feel is almost exactly the same as the Sony handheld, and the Android System makes it possible for great gaming on the go and on the cheap!

There is even a built in HDMI out so you can even enjoy gaming on the big screen!

We’ll post more news and pricing details as we get them!

Next 3 Knock off Macbooks! 1 Fake Air, 2 Macbooks and a Shanzhai in an Apple Tree!