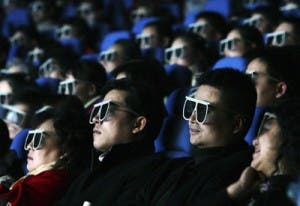 It’s that time of year again Christmas is over, New Year too, but for us here in China we have the Chinese Spring Festival Holiday to look forward to! In 3D!

China’s CCTV along with a select few local Chinese television channels have been test broadcasting a 3D TV channel, and now it is reportedly ready for an official launch.

The new channel is expected to launch in time for the Chinese New Year Festivities, meaning billions of families this year have the chance to watch the ‘Big Show’ (a Chinese gala entertainment show) this Spring Festival in glorious 3D! Which gives me another reason for me to be busy elsewhere!