Another photo of that mystery 7-inch Asus tablet has shown up. The new shot doesn’t really give us any more details of what this new Asus tablet will be packing, but we at least now no it has a rear camera.

A rear camera with no LED flash that is! There also seems to be a pair of stereo speakers and what look like a set of volume rockers in the left of the image. 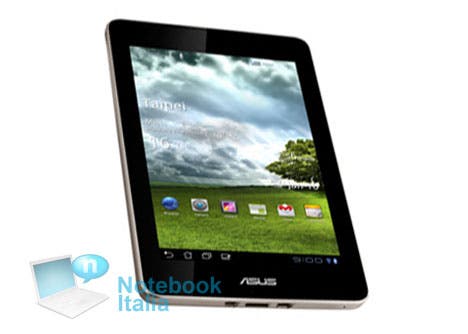 The new mystery 7-inch Asus tablet will be announced at CES next-week and it is expected that there will be a Qualcomm dual core CPU running the show with and Andorid (Ice-cream Sandwich?) operating system.

Could this mystery tablet be a mini Transformer Prime?!

Next Grefu M97 vs iPad 2! Chinese iPad Knock off takes on Apple