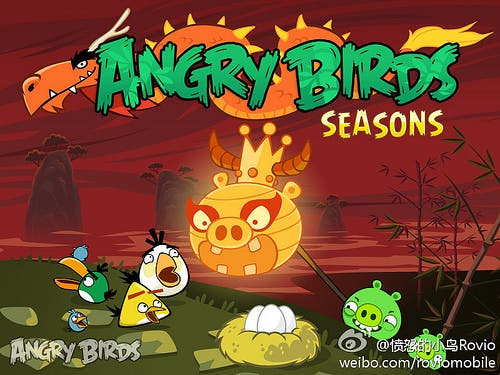 The Chinese Spring Festival celebrations and holidays are nearly upon us, but we don’t have to wait unit Sunday for the fun to begin as Rovio have released an Angry Birds Seasons “Year of the Dragon” update.Just as with previous Seasons updates, this new version of Angry Birds is available as a Free update to all of you who had already bought a previous Angry Birds Seasons game.

The new update features new “Year of the Dragon” themed levels to battle through and more green pigs to defeat than ever!