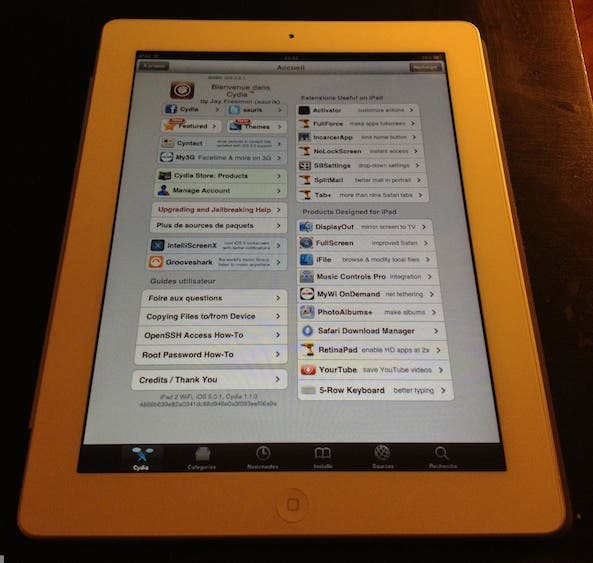 Pod2G has posted the above photo of a successfully Jailbroken iPad 2 running iOS 5.0.1, and a public release is expected soon!

The image show an iPad 2 running iOS 5.0.1 running Cydia thanks to a new untethered Jailbreak developed by a group of dedicated iOS hackers/developers.

Pod2G, who has also posted videos of a Jailbroken iPhone 4s on Youtube, has since removed the photo from his blog, which could suggest that fellow hackers aren’t quite ready to give the game away.

With the iPad 3 expected to launch within the next few weeks Pod2G and company might be able to have just a few days rest before work on a iPad 3 Jailbreak can commence.

Next Angry Birds "Year of the Dragon" Released