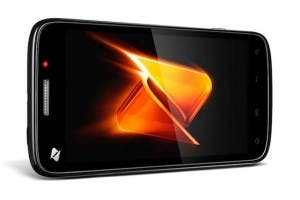 ZTE have launched yet another Android smartphone, which could give the Xiaomi M1 a real run for it’s money!ZTE are one of the largest smartphone makers on the planet, and the Chinese company is after every nook and cranny of the Android smatphone sector.

The new ZTE Warp may not have the most distinctive design in the Android smartphone world, but it has a solid specification.

The ZTE Warp has 4.3″ WVGA TFT display with 480×800 pixel resolution and is powered by a  Qualcomm Snapdragon CPU clocked at 1GHz. ZTE have also thrown in an Adreno GPU to keep the graphics nice and smooth.

There is 4GB of built in storage, 512MB RAM and a microSD card which will recognize a 32GB card.

On the camera front, the Warp has a 5 mega-pixel rear camera with an LED flash, which seems pretty standard these days.

Previous iPhone 4S Back On Sale in China