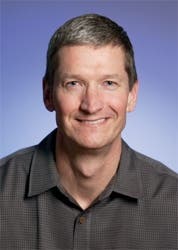 Apple CEO Tim Cook has revealed, at a recent Goldman Sachs meeting, that Apple managed a whopping $13 Billion in sales in China alone last year!The huge increase in sales has been relaized thanks to huge popularity of Apple’s iOS devices such as the iPad 2 and iPhone 4/4S which each took China by storm on their launch days.

Apple have also seen amazing growth in Mac sales in China, just try going to a popular coffee shop in China and avoid a Macbook Pro or Macbook Air of some description!

Tim Cook is suitably impressed with Apple’s continued which he compared to the companies sales figures of 2007 which only just reached above $1 Billion for greater China, Asia, India, Latin America, the Middle East combined!