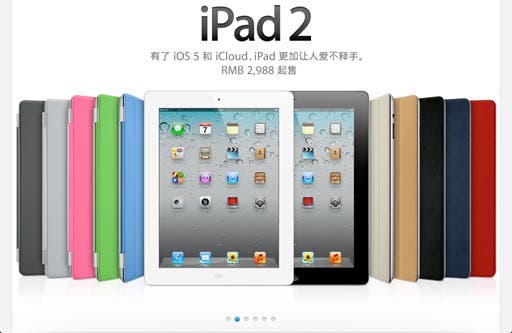 As was expected with the introduction of the new iPad with Retina display and quad core CPU, Apple has reduced prices of the current generation iPad 2.

Last night, in China (and around the world) Apple’s online store went offline, but while Apple stores around the globe were updated with the new iPad, China’s Apple website got nothing more than updated iPad 2 prices.

While the iPad 2 price drop was expected it’s pretty surprising that Apple have dropped the price in China so soon after the new iPad’s announcement.