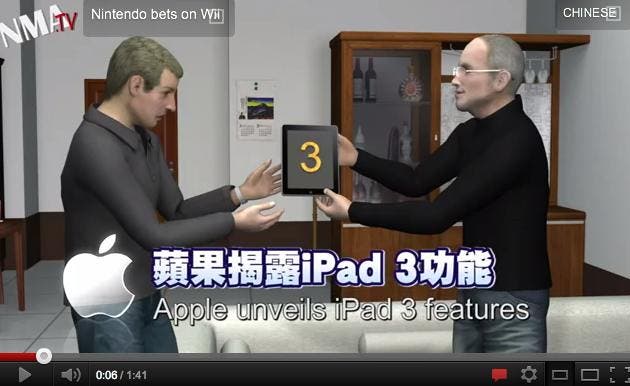 Tim Cook will be up on stage soon, showing off all of the great new features the iPad 3 has to offer, but let’s take a break from the sensible fact based speculation and take a trip in to the whacky world of rumors thanks to Next Media Animations iPad 3 animation!

The video below shows off such awesome iPad HD features such as:

While this is all for fun there is one feature in this animation which I really hope makes it in to the real iPad 3. The camera app which removes ‘incriminating evidence’ before you upload photos to Facebook!

Next iPad 2 Prices Drop in China