Originally launched at CES as a replacement to Huawei’s original phablet, the Huawei Ascend Mate has just appeared online for pre-sale at $444!

If you are planning to import the Huawei Ascend Mate 2 from China you will want to check the specs carefully as the model available for pre sale now is the CDMA 3G only version of the 6.1-inch phablet. This version of the phone has been especially launched for China Telecom users in China and features a 1.6Ghz Huawei Hass Kirin 910 processor, Mali 450GPU, 2GB RAM, 13MP main camera and 720p display. 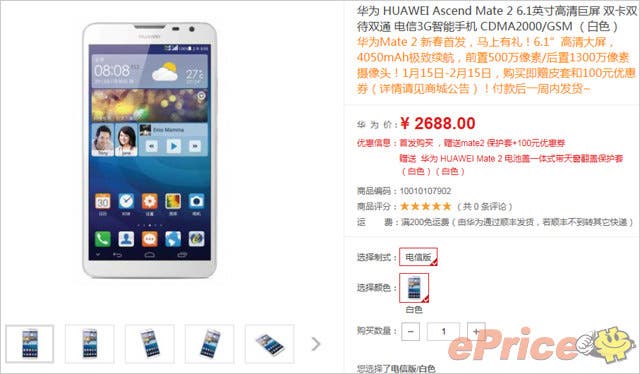 The Huawei Ascend Mate 2 which launched at CES featured a slightly different specification and 4G LTE support, and will be the model which most foreign buyers will be most interesting in purchasing.

Previous 5-inch Neken N6+ gets an octacore update, on sale for less than $300