The dual camera ZTE Blade V8 looks set to be joined by a new Lite version according to WIFI certification.

ZTE officially announced the ZTE Blade V8 a few weeks back (we have one coming soon for review) and at the time of launch there was only one V8 family member known about, but today we hear rumours of a 2nd phone. 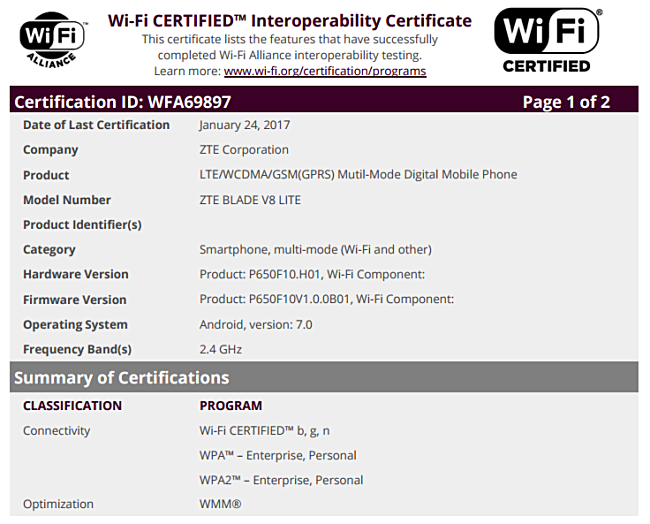 No other details have been confirmed about the Lite version of the phone, but it seems safe to assume that it won’t come with dual rear cameras, and will likely ship with a lower specification and less RAM.

Next Xiaomi Mi 6 top-end version will have ceramic body!