It looks like Samsung will finally go on with the release of another Xcover model, dubbed as Galaxy Xcover 4 this time, a smartphone that was spotted over at WFA under the code-name SM-G390F. 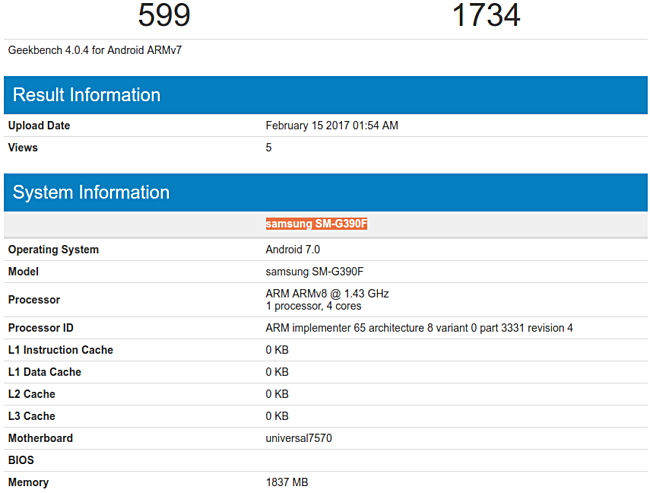 Today the model was spotted on Geekbench revealing some of its specs that appear to be… average. It runs on Android 7.0 Nougat, comes with Exynos 7570 SoC and a mere 2GB of RAM. We don’t know anything else so far, but I guess soon we will have more info.