The Alcatel 3V was shown off along with its new brethren at the CES 2018. Alcatel looks set to add 3 new series of phones to its shelf with the current Idol line. Those will be Alcatel 1,3, and 5. Further, the Alcatel 3 range will have to do more with mid-range smartphone hunters. Now, we’ve already seen the physical overview of the Alcatel 3V at CES. What we didn’t know were the specs of the handset.

According to this new leak, the Alcatel 3V is expected to sport a 6-inch Full HD+ display with 18:9 aspect ratio. If you were hoping for a Snapdragon processor, then you’d be disappointed. The leak says the Alcatel 3V will have a MT6737 1.45 GHz quad-core SoC on-board with 2 GB RAM and 16 GB of storage. We did see a dual-rear camera on the shiny rear of the phone and it seems the setup will be 16+2 MP. While the front will sport a single 8 MP shooter. There’s no mention of the Android OS that will ship with the device. But we can at least expect Android Nougat in 2018. 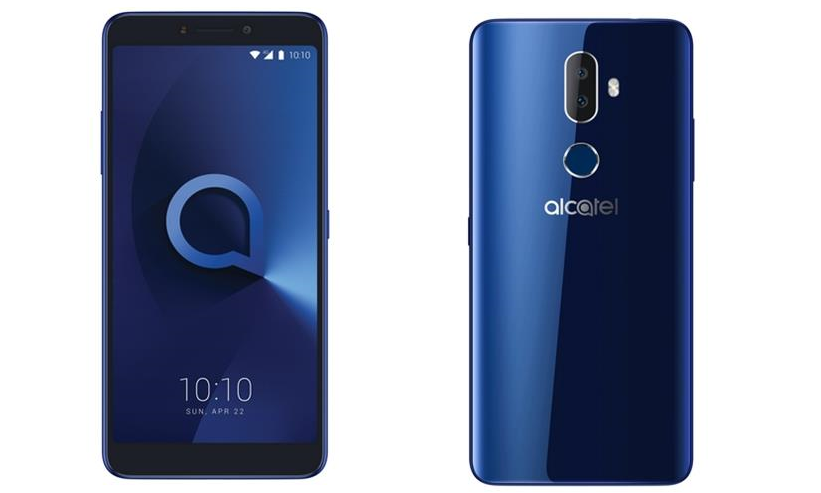 Expect the Alcatel 3V to come with a 3,000 mAh battery which by the way seems inadequate for a 6-inch screen. In terms of connectivity options, the phone is equipped with dual SIM and an SD card slot.

Finally, the handset could be priced 179 Euros according to the leak. Alcatel will further show off the phones at the MWC 2018 as well. We hope to get more details of the new lineup there.

Next Gionee W919 With a Flip Form Factor Visits TENAA