The Vernee X is a big battery MTK phone just like the Ulefone Power 3, it has the Helio P23 processor, 6GB of RAM, 128GB of storage, and of course the massive 6200mAh battery. The Vernee X and Ulefone Power 3 are close enough in terms of performance and usage that either phone could win by a very narrow margin, let’s see if the Vernee X is worth it. 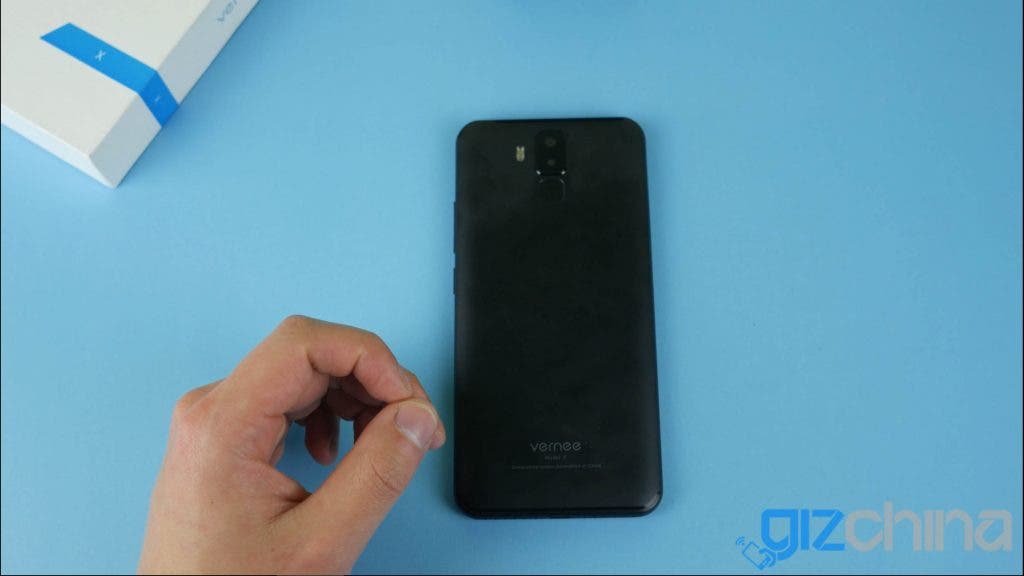 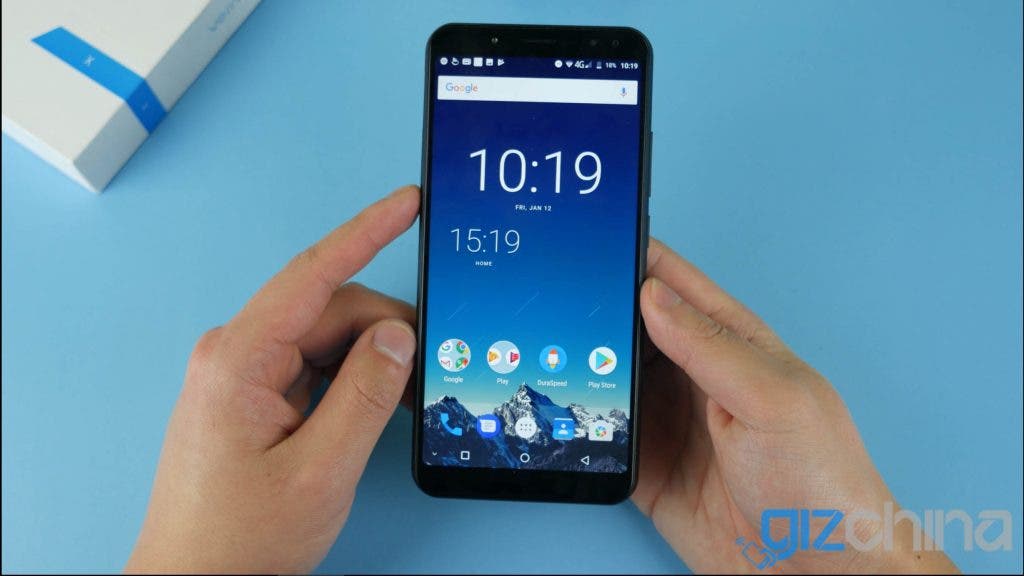 Let’s turn our attention to the front of the phone, when you turn the screen on, you see that there are side and top bezels. The top and bottom bezels are fairly small, there’s definitely not enough room on the bottom for a fingerprint sensor or even capacitive buttons, and the top bezel is big enough for cameras, microphones etc. The side bezels though are bigger than you think, if you measure the distance of the glass from the metal to the edge of the phone, its actually quite small, however the phone continues curving outward so the bezels are bigger than they look. That being said though, these are still very small bezels for such a big phone with a huge battery.

1 downside, this phone does not have a headphone jack, you have to use the included headphone to USB-C adapter to listen to music, unless you move to Bluetooth which thankfully works well. 1 upside is the included case, it is higher quality with a bumper on each corner which means you don’t have to buy another case to replace this.

All in all, the Vernee X has excellent build quality but it is a bit big to use in just 1 hand.

Looks nice for the price 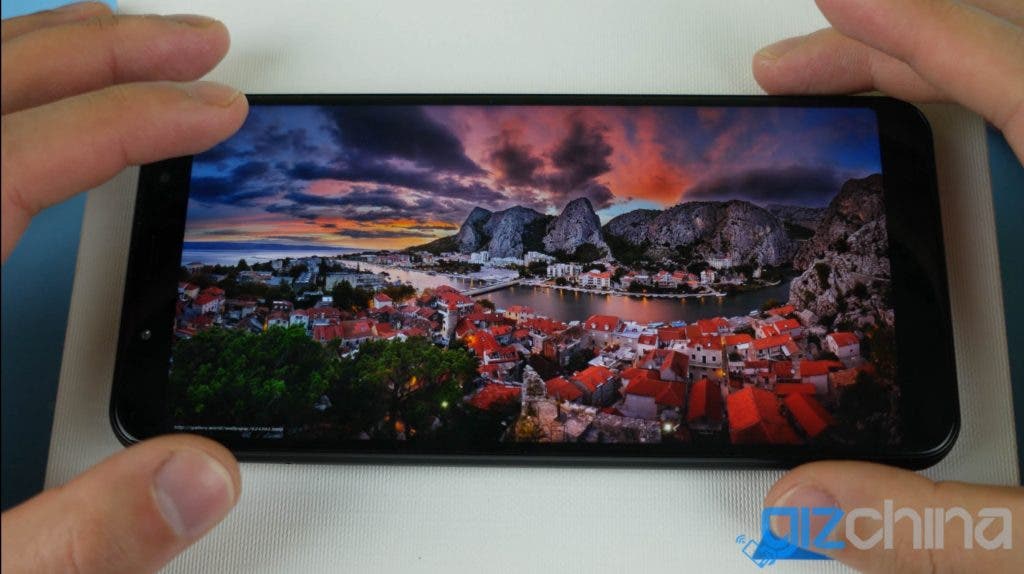 The display on the Vernee X is a 2160×1080 resolution on a 6” display and the screen looks quite nice. Text and news articles are super crisp when you read them on the screen, and the colours are very deep and saturated, these photos look quite stunning on the Vernee X. I will say that immediately after using the Ulefone Power 3, the screen on the Vernee is a bit warmer than the Ulefone Power 3, and I do prefer cooler screens for myself personally, but this screen does look nice. Maximum brightness tops out at 400-450 nits which is adequate but not in bright sunlight, you are not going to be able to see the screen if the sun is too bright. The one downside of this display is the lack of Gorilla Glass, there isn’t any mention of protective glass on the display at all. 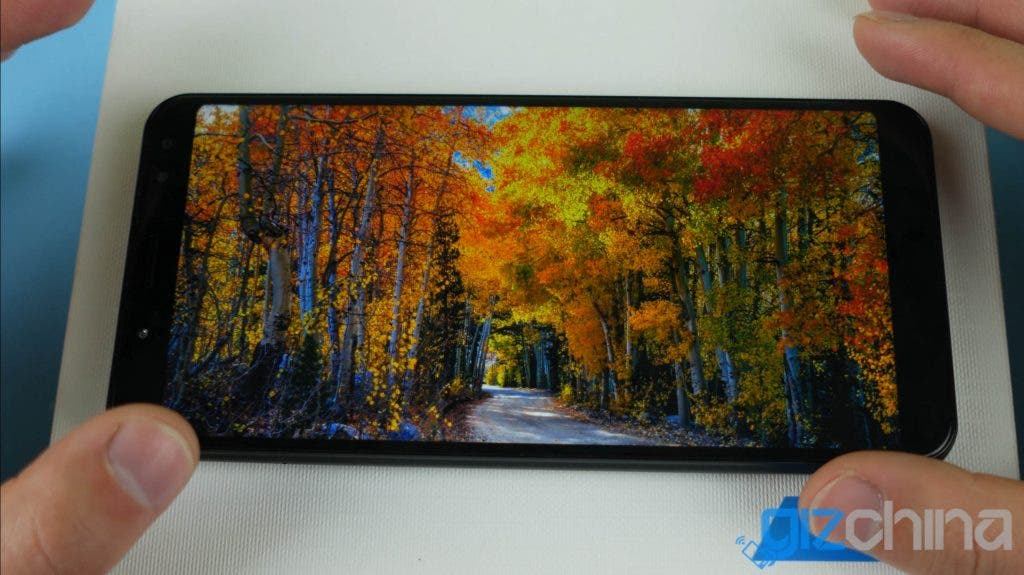 The Vernee X has decent audio, the maximum volume with the volume enhancer off is pretty average, its definitely not loud enough to listen to in super loud environments, which actually is more important now that there is no headphone jack, but if you are not in the middle of a highway you can hear it pretty well. Audio quality is definitely decent, I really like the clarity and separation between tones coming from the speaker, however I do think that the speaker still lacks bass, it doesn’t lack a lot of bass, but more would have been better. 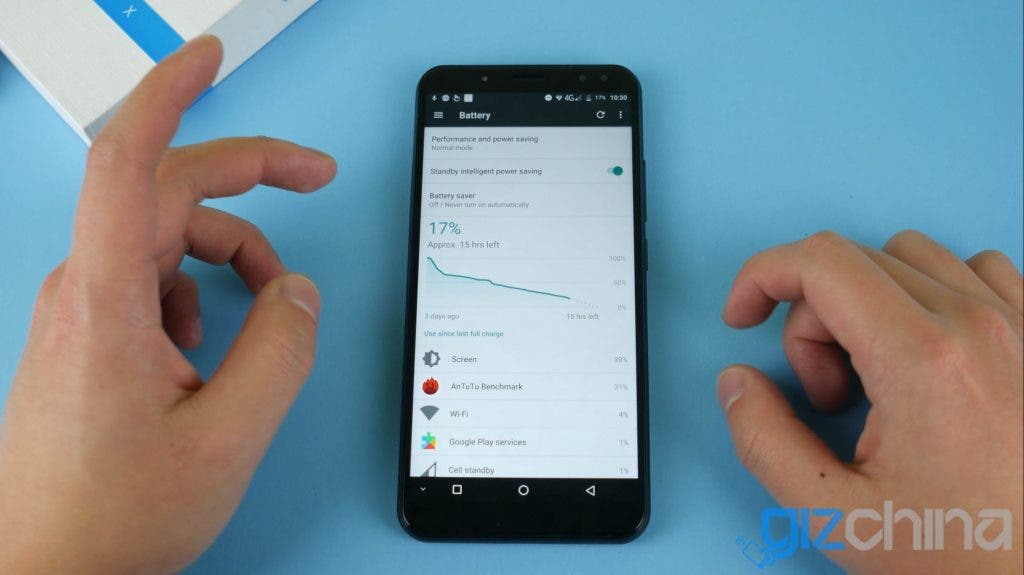 Let’s talk about battery life quickly, I could get 7 hours of screen on time with 20% left, and the phone was on for almost 85 hours which is quite amazing, this was heavy use including Youtube, games, and benchmarks among other things. in fact I think the standby battery drain on the Vernee X might be slightly better than the Ulefone Power 3. That being said, battery life on this phone is so good that even if the Ulefone Power 3 is a little bit worse, doesn’t really make that big a difference. It took me about 4 hours to fully charge the phone up. 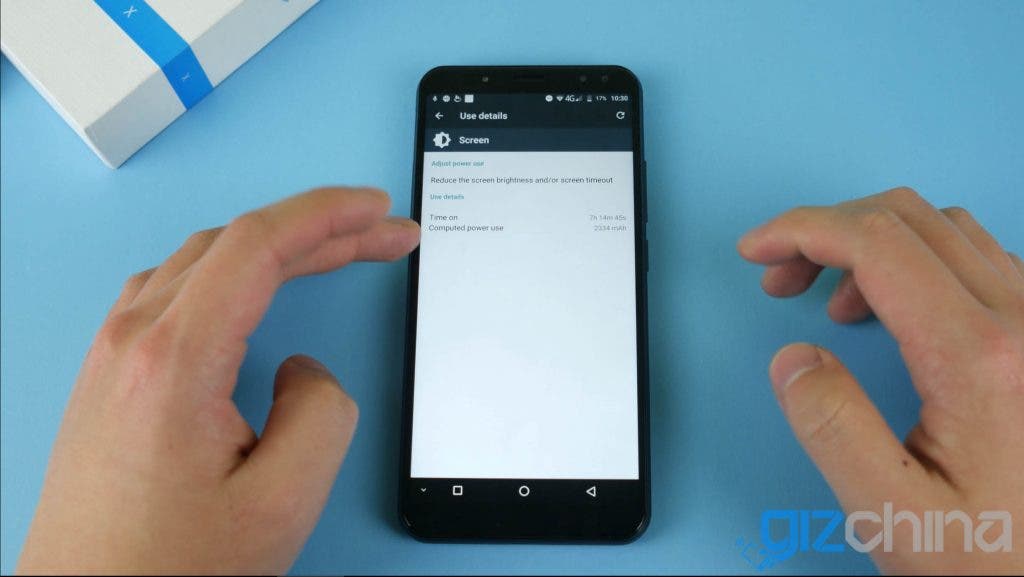 Let’s talk about the software, it runs Android 7.0 with no promises from Vernee to update to Android 8.0 Oreo anytime soon. The software optimization is good in some places and bad in other places. For example, swiping between home screens and accessing the notification center are all super fast and fluid, no problems at all. However, accessing the app drawer either by swiping or tapping on the button is quite slow, very noticeable when you want to go to the app drawer. This is very weird because everything is well optimized, except for that. Hopefully Vernee fixes it in the near future.

The Helio P23 processor does a decent job at launching apps, but its still slightly slower than the Snapdragon 625 in the Xiaomi devices, but on par with other Helio P20 and Helio P23 devices like the UMiDiGI Z1 Pro and the Ulefone Power 3. Its still slower than the Maze Alpha X though. There is also a massive 128GB of storage that is pretty rare on cheap phones like these, I’m usually cool with 64GB of storage, but my phone is filling up with movies and TV shows so 128GB would be appreciated. Multitasking is great with 6GB of RAM, no problems there. 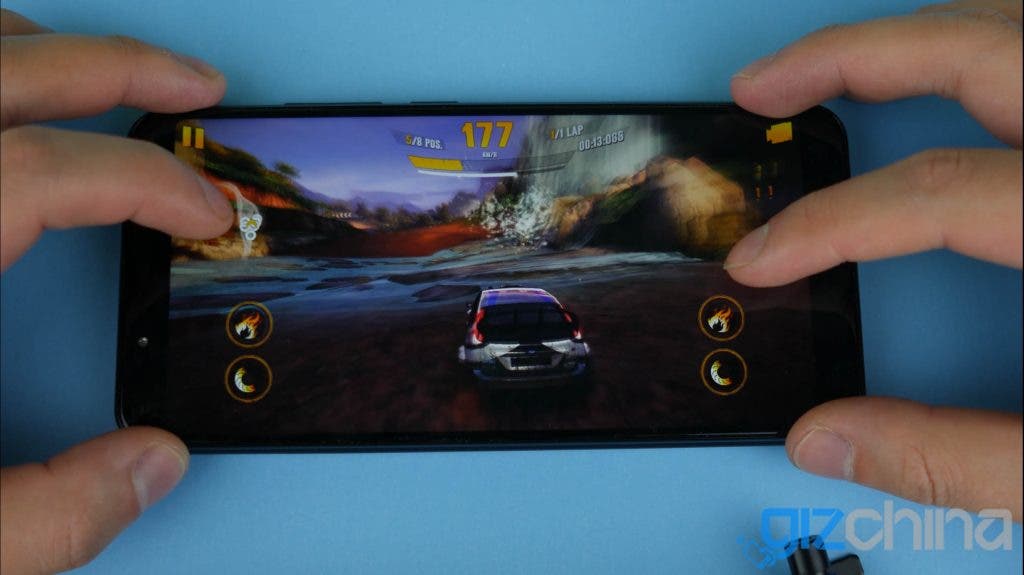 I could play pretty much anything on lower settings and there isn’t much lag.

The fingerprint sensor is pretty accurate but its not that fast, I’m used to a lightning fast fingerprint sensor on my Xiaomi so this feels really sluggish by comparison. There is also face unlock that works well but I don’t use it that much. 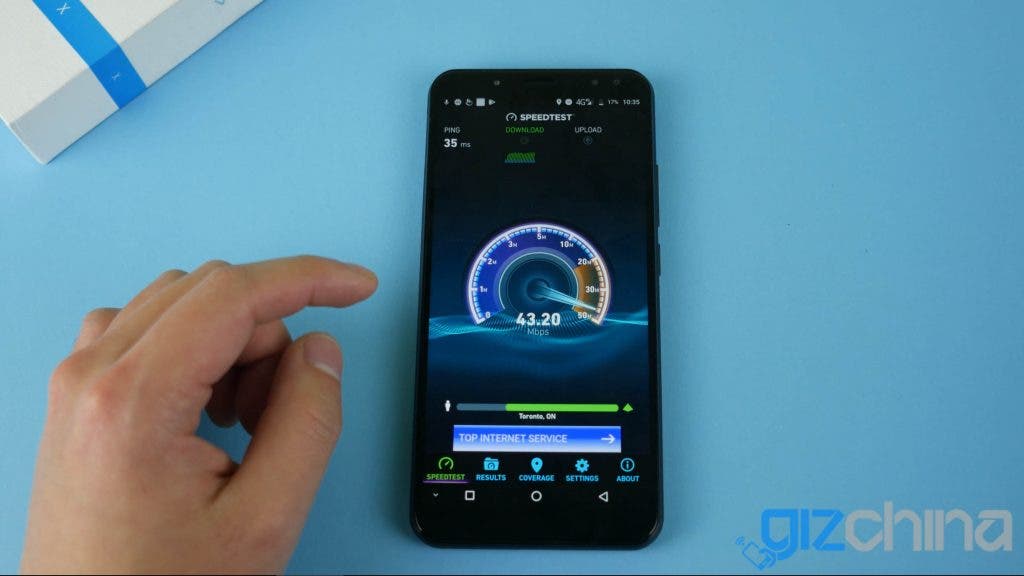 So the Helio P23 supports VoLTE and ViLTE, but unfortunately my carrier doesn’t so I couldn’t test it, however I was able to get 4G LTE on my carrier in Canada and speeds are blazing fast, reception is decent also. WiFi reception is average, I do get slower speeds as I go farther away from the router but it doesn’t drop like a stone like other phones. Bluetooth works, and GPS is slow to get a lock and it is fairly accurate, it does jump around a few times during navigation but its not frequent.

So I have to say that the Vernee X has so much potential, but the camera software and optimization is even worse than the Ulefone Power 3. 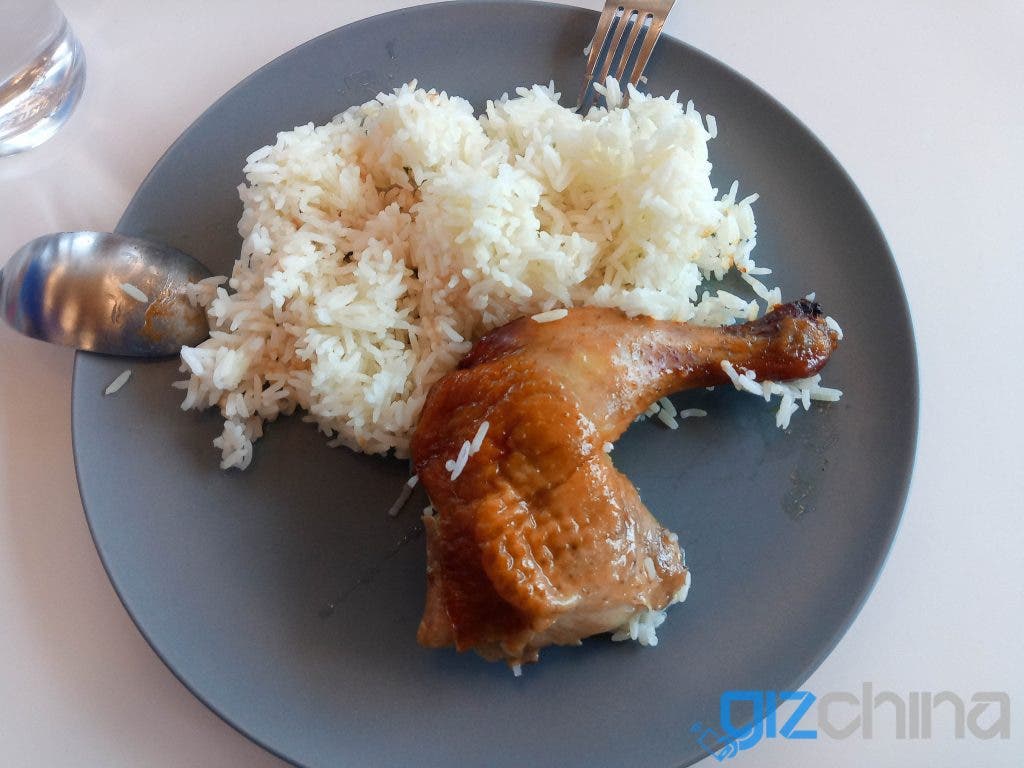 The Vernee X can take some great photos even in unfavorable lighting conditions, this was a very overcast and cloudy day and you can see that the photo quality is actually pretty decent. if you get some OK lighting, the pictures come out very nicely and are almost on par with the Vernee Mars Pro which are honestly decent pictures and the also better than the Ulefone Power 3 even after Ulefone fixed the camera can’t take that good photos. 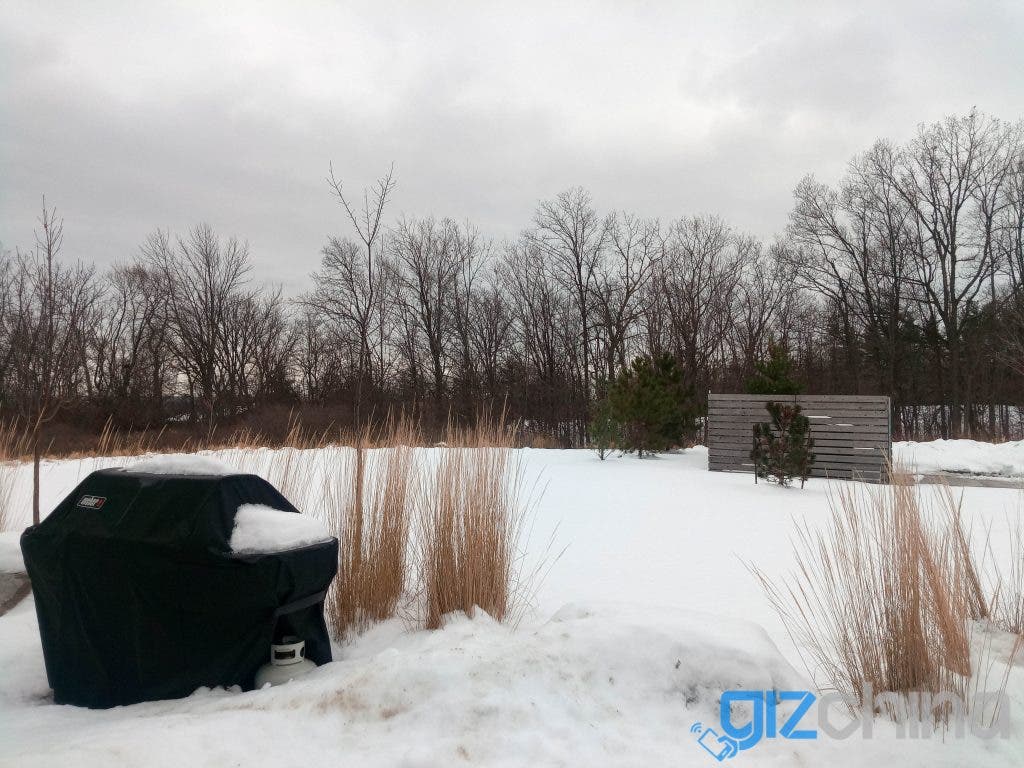 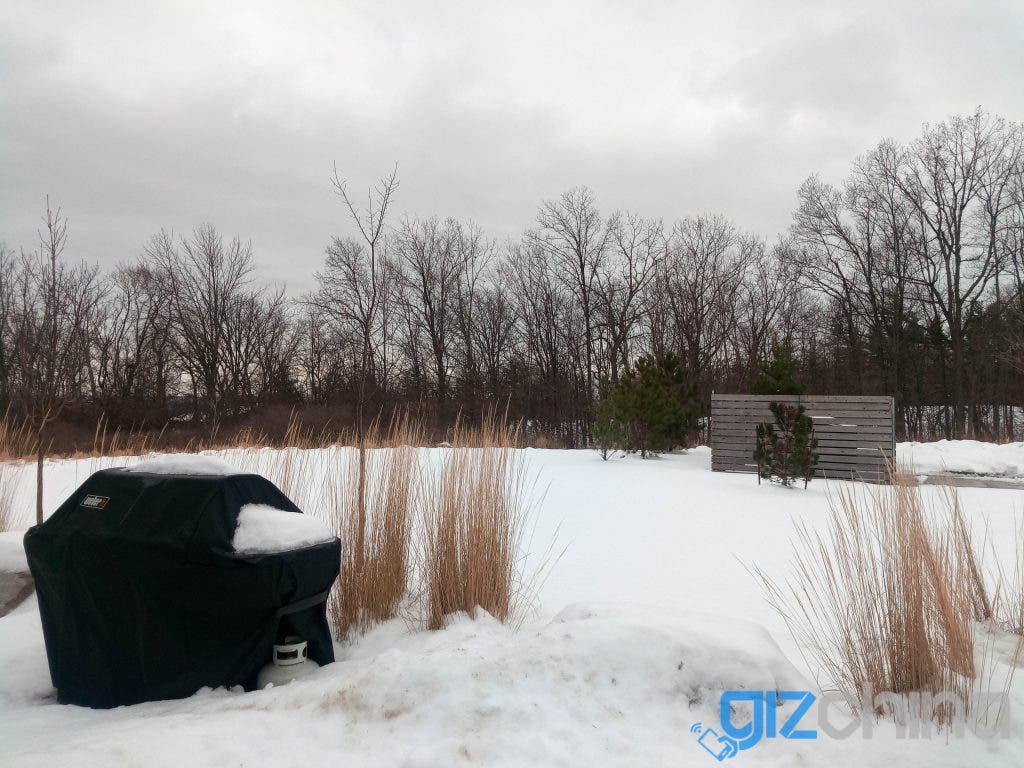 I gotta say that Vernee did an amazing job with the HDR here. Here’s an example of a landscape, it basically brightens up the dark spot on the map while leaving everything else more or less untouched. there is one weird thing with HDR, it makes my dog look like its a photo with the Borderlands cell shaded style of artwork. Its not ugly per say, but I’m sure there will be some people who won’t like it. 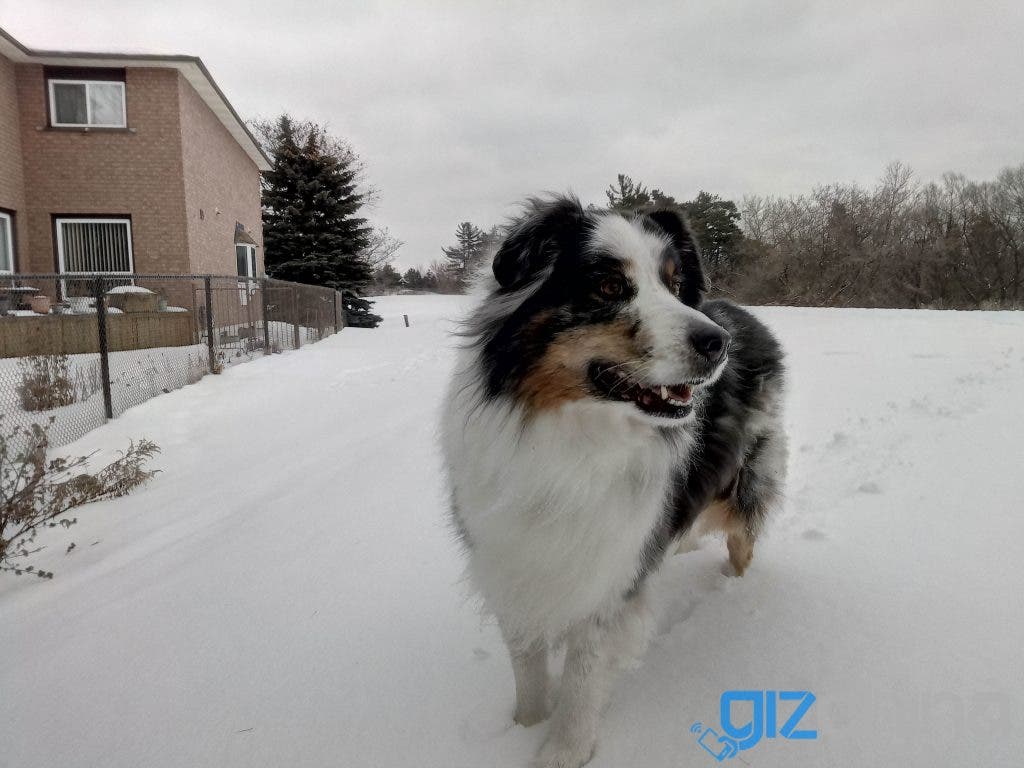 Low light performance is also not that bad, i was really surprised. This picture would be full of noise on other phones but here its not too noisy. There is still noise but its not that bad. 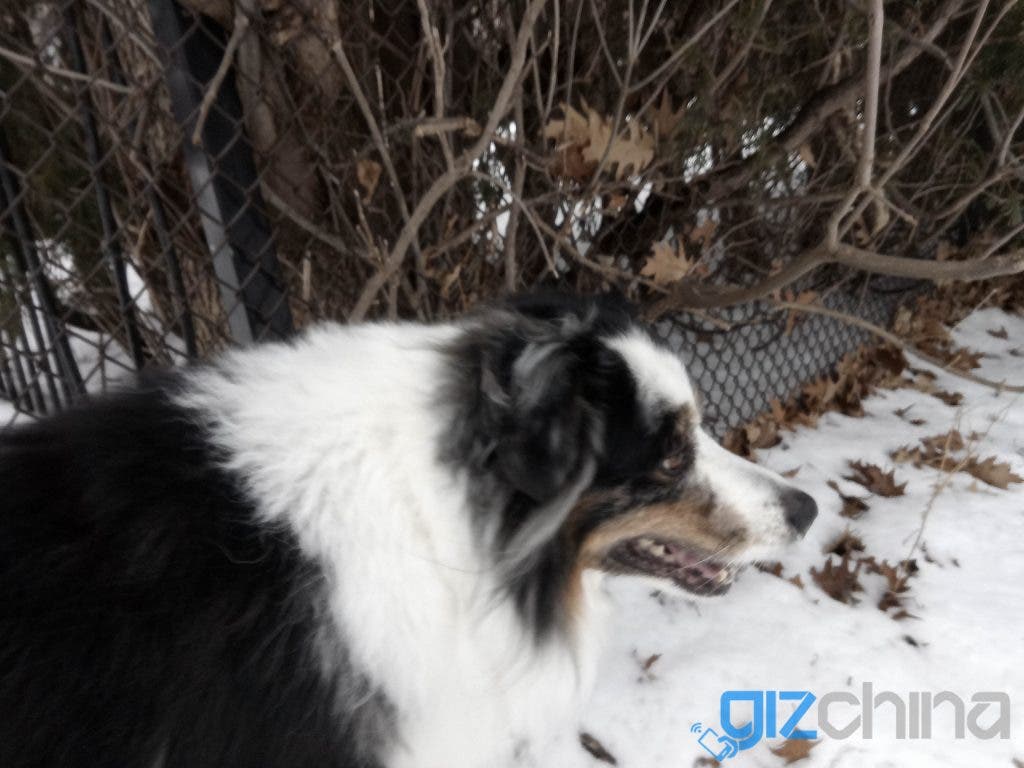 However, the Vernee X has some really big problems with the software that they need to fix ASAP. autofocus takes 5 seconds before it finally focuses on something, and I’ve missed many good shots of my dog because it took forever to focus.

And the another problem with the Vernee X is the front camera. First of all, the front camera can only record in 640×480 which is worse than webcams, and second, the audio and video is out of sync. The front camera software is obviously not finished and Vernee needs to fix it ASAP.

Video quality is decent, there is some detail at 1080p, but autofocus again is an issue, and there is occasional hunting once you do get into focus, but its nowhere nearly as bad as the Redmi 5 Plus’ hunting around. I’m disappointed there’s no 4K support here, as the hardware is all there, all Vernee and other companies like Ulefone have to do is enable 4K support.

Vernee was this close to me outright recommending this phone over the Ulefone Power 3. Its better in terms of build quality (feels a lot nicer), software is faster in general (minus the weird app drawer bug), and the camera can take great photos. However, it is let down by the app drawer bug and unfinished camera software. I have no doubt Vernee will fix it, but will they fix it in time?

So what are my recommendations? You currently have two options, the Ulefone Power 3 and the Vernee X and they are around the same price. Basically, I would say get the cheaper phone, buy whichever one is on sale. However, if they are both the same price I have a different recommendation. If you cannot wait and need a phone right now, get the Ulefone Power 3. It just works while the Vernee X still has problems with the camera software. If you are able to wait, sit tight and look for news on the updates for the Vernee X’s software, and when its fixed, check the prices again and if they are the same and the Vernee X will be the better buy because it has a higher ceiling on photo quality.

Ulefone or this? The Cheaper one!

Next Sony to Stay in Smartphone Business for Strategic Reasons