Huawei released the Honor 10 smartphone yesterday in London and early results of its sales across Europe suggests that the device is doing quite well. In France, the Phantom Blue Honor 10 sold out within twenty-four hours while in neighboring Spain, it took about six hours for this smartphone to sell out. When sales commenced in Europe, there was a €30 discount coupon which many early buyers took advantage of. Huawei did not release any official figure with regards to sales of this device. 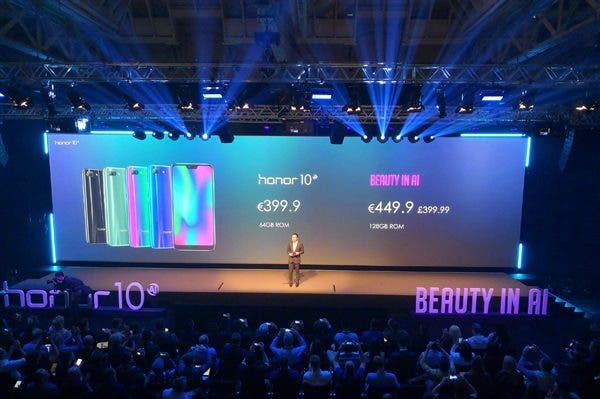 As a reminder, Honor 10 is powered by Huawei’s in-house Kirin Kirin 970 chipset coupled with 4GB of RAM. It uses a 5.84 inches 2280 × 1080 display with an aspect ratio of 19:9 and this display comes with a notch. The rear is made of glass material and it uses the aurora coating process such that it changes colour when viewed from different angles. This smartphone comes with a 3,400 mAh battery which supports Huawei’s Super Charge. Which means that you can get up to 50% battery in 30 minutes. In the camera department, Honor 10 comes with a dual rear camera setup which has a 24MP+16MP configuration and the front has a 24MP shooter. While the rear cameras support AI beauty with multiple modes for different objects, the selfie shooter supports portrait mode with studio effects.

Next Xiaomi plans a new Anniversary phone for their 8th anniversary