Today, Chinese manufacturing giant, Xiaomi, has quietly launched a new router – Xiaomi router 4Q. This device arrives with a blue appearance and it is currently available on Xiaomi Youpin with a price tag of 99 Yuan ($16) making it one of the company’s cheapest routers. The Xiaomi Router 4Q comes with a Qualcomm QCA9561 chip, clocked at 775MHz, coupled with 64MB of memory.

Xiaomi router 4Q supports the 802.11n wireless protocol, uses three high-gain omnidirectional antennas, supports 3×3 MIMO technology, and has a maximum bandwidth of 450Mbps. For Xiaomi and Mijia smart devices, it innovatively designed the MiNET button to support MIOT which ensures that it quickly connects Wi-Fi. This new smart device is networked for the first time and can be connected to a network with one click without a password. 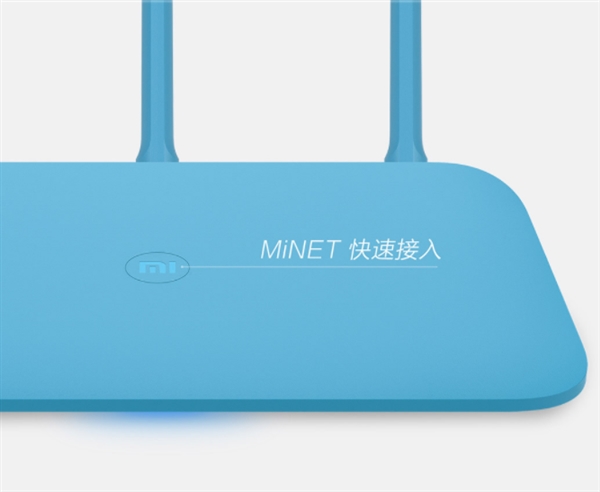 The Xiaomi Mi Router 4Q is a younger sibling to the high-demand Xiaomi Mi Router 4 which was launched last month. The Router 4 has everything on the Router 4Q but the Mi router 4 comes with better hardware.  It is equipped with a 128MB of RAM and 128MB of flash storage. The CPU is upgraded to MT7621A. The maximum number of access devices has reached 128 units and multiple devices can be connected at the same time with guaranteed stability. For connectivity, the Xiaomi Router 4 has one WAN port and two LAN ports and a Gigabit Ethernet ports. In conjunction with 2.4G/5G dual-band Wi-Fi, the strength of 100Mbps/200Mbps or even 500Mbps bandwidth can be fully utilized, enabling users to enjoy high-speed network. However, the Xiaomi Router 4 was launched for 199 Yuan ($31) and has sold so many units since it arrived. If you need the Xiaomi Mi Router 4, try the following stores below

Next Xiaomi Launched Another Colourful Backpack For 29 Yuan ($5)