We know that the Meizu 16 and 16 Plus will be making their way into the smartphone race on August 8th, a day before the Note 9. Just a few weeks before launch, they have passed by TENAA revealing some of the missing pieces of the puzzle. We also get to see the complete design of the two phones.

The Meizu 16 is listed under model number M882Q. It measures 150.5 x 73.2 x 7.3mm. From the images, it’s evident that the display will sport an 18:9 aspect ratio. The back will be adorned by a vertically aligned dual camera setup followed by a ring flash. There’s no sight of a fingerprint scanner anywhere so like the 16 Plus, this one might feature an in-display fingerprint scanner too. It is powered by a 2950mAh battery. Rumours are rife that the 16 might feature the Qualcomm Snapdragon 710 chipset. 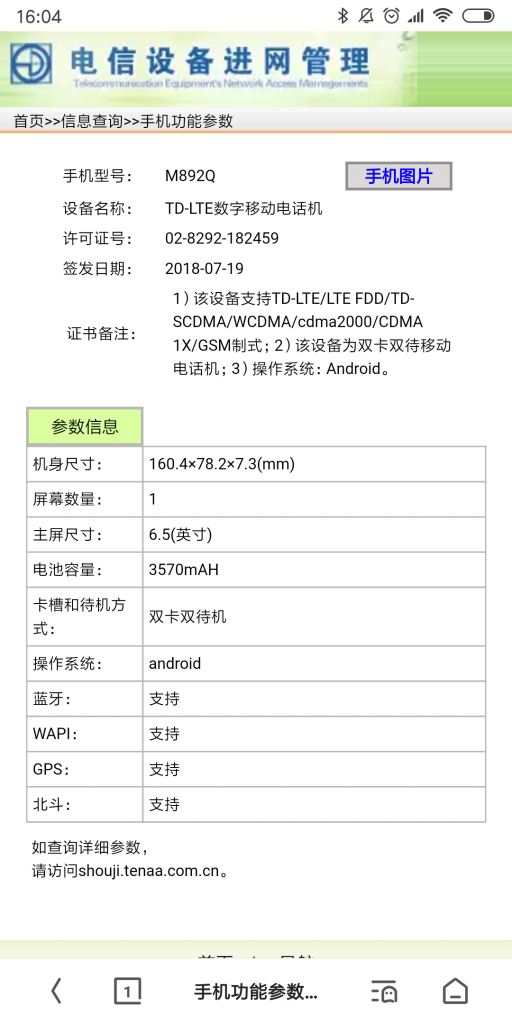 The Meizu 16 Plus is listed under the model number M892Q. As the name suggests, it’s the larger sibling of the 16. Dimensionally, it measures 160.4 x 78.2 x 7.3mm. It looks no different than the Meizu 16. There’s a full screen 18:9 display on the front and a dual camera setup on the back. Presence of an in-display fingerprint scanner has already been confirmed. According to the listing, the phone will be powered by a 3570mAh battery. it is speculated that the 16 Plus will sport the Snapdragon 845 and will be cheaper than the Xiaomi Mi8.

Jack Wong recently teased the pricing of the 16 series and the Meizu X8 which is expected to be the first notched phone by the phone-maker. The X8 will probably be launched alongside the 16 series. There are a plethora of speculations rife about the next iteration of Meizu flagships. Being the first full-screen smartphones by Meizu, they will hopefully bring some great specs to the table. Check out what we know so far about the Meizu 16 and 16 Plus here.