The LG G5 Oreo update odyssey has gained a new chapter. Today the smartphone is receiving the long-awaited update, however, it is limited to the units sold by US carriers Verizon and T-Mobile. Besides all the goodies introduced by Google with the 2017 version of Android the update ships with August Security Patch.

The LG G5 now is joining to the select number of smartphones running Android Oreo. With the update, LG introduced picture-in-picture mode, Notification Channels, Snoozing notifications, Notification Dots, Autofill API and more. LG also took the opportunity to bring a refreshment to the Settings app interface and has brought some Battery improvements. 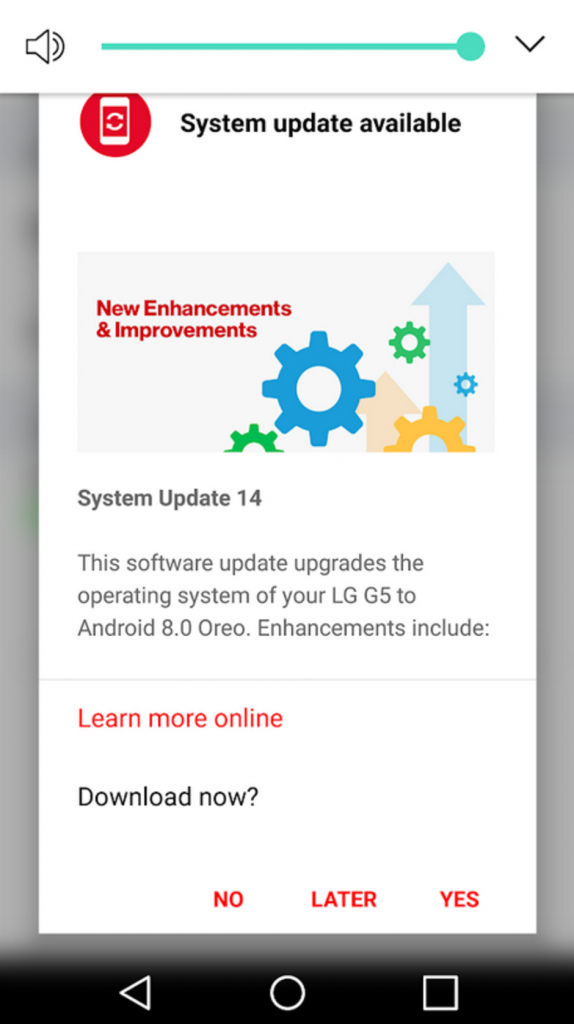 While the LG G5 Oreo update has been marked by delays, it’s still impressive to see the handset running Oreo. While we always expect our flagships to not die with a single update, we know that when it comes to the real-life manufacturers often fail to deliver Android upgrades. The Lg G5 originally came in 2016 running Android 6.0 Marshmallow, the device received Android Nougat sometime later, and now is receiving Google’s cookie. Since this is an incremental update, users from these two carriers should wait for a few days until the update notification arrives.

Previous More details about the Samsung Galaxy A9 Pro (2018) surface

Next RED Hydrogen One Titanium Variant leaks through FCC