The Huawei Mate 20 Pro is undoubtedly one of the best phones ever released by the Chinese company, so it makes somewhat sense that some users might want to bring it with them even under water.

Well, now they can thanks to the latest waterproof case Huawei just launched over on China’s retail site VMall.

Huawei Mate 20 Pro’s case is basically a professional waterproof shell to bring the phone with you in your snorkeling adventures. The case does indeed let you take the phone under water at up to 5 meters of depth and for up to 1 hour, so that you can record and shoot as many photos as you want. 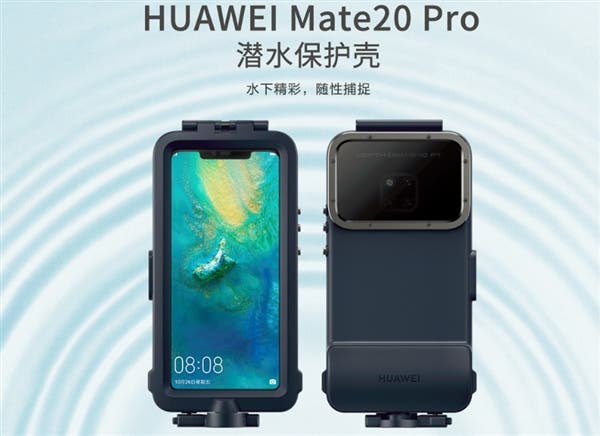 The protective case also brings a “special underwater camera mode” which we assume should help getting better images with some software algorithms.

Design wise, the case has a thicker side that is used to hold the phone the same way you’d hold a camera, on it you then find a physical button to start recording or snap photos. Finally, thanks to the unique window design, it’s possible to operate the display even with the case on. 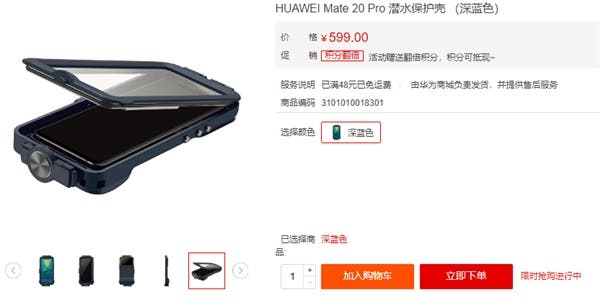 If you aren’t aware, the Huawei Mate 20 Pro is itself already IP68 rated, meaning it’s dust proof and waterproof to some extent, specifically for 1.5 meters below water and up to 30 minutes. Obviously, the case improves that exponentially as we’ve previously covered.