Vivo makes a wide variety of devices, going from top flagships like the Vivo NEX with its pop-up camera to entry-level devices such as the Vivo Y93. Well, the handset that showed up today over on benchmarking website GeekBench, brings the bar even lower.

A smartphone with model name Vivo 1817 did indeed get enlisted with entry-level specs, which in and of itself isn’t odd. What’s odd, is that the handset appears to pack just 2GB of RAM, definitely something we don’t expect to see in late 2018. 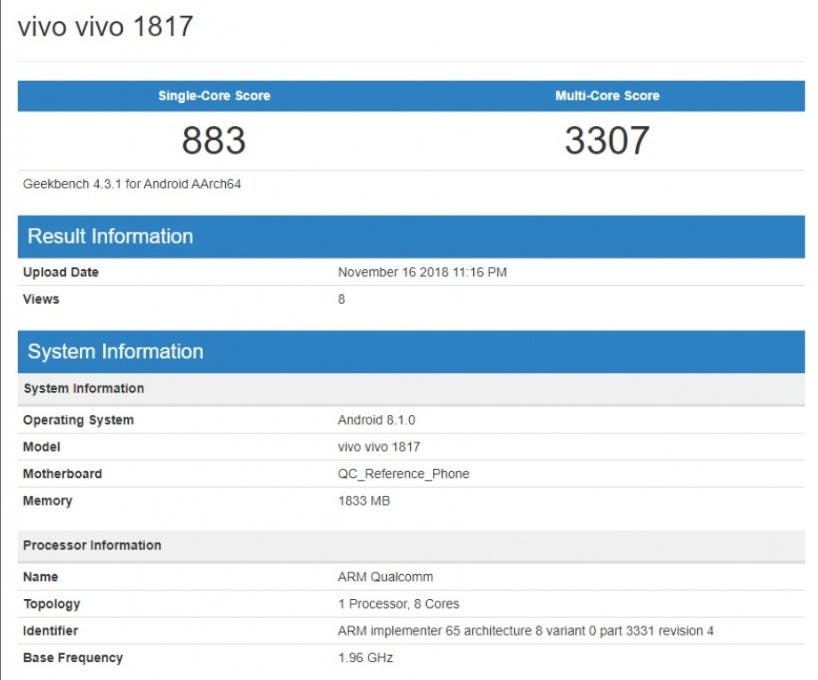 Of course, this specced down Vivo Y93 – which comes with 3GB of RAM – might be powered by Google’s Android Go OS. Android Go is a super light operative system that requires less resources and thus could run fine even on 2GB of memory.

Still, it sounds as an odd move for the company that’s never been too focused on entry-level handsets, will this be the first of a long series? Let’s wait and see!

Next HTC won't bring a HTC U13+, instead it will come with "something else"