We have in the past months seen bits and pieces of the upcoming Galaxy S10, all thanks to the growing number of leaks. Its only a few weeks before the Galaxy S10 goes official, and the leaks are expected to continue trickling in until the unveiling date. Reports have it that the flagship S10 will arrive in four variants – the base galaxy S10, Galaxy S10+, Galaxy S10 5G, and the Galaxy S10 Lite.

Much of the spotlight has been on the premium member of the series, while the most basic member appears to have been left out. Today, a new report from Korea has given us a clear view of what might be the battery size of the S10 Lite.

As per an image published by a Korean certification agency, the Galaxy S10 Lite will come packed with a 3,100 battery – which is only about 100mAh  above the battery tucked inside of the Galaxy S8 and the S9 series. While that seems low for a flagship smartphone with a lot going on inside of it, it should be noted that the device is meant to be sold as an entry-level model of the S10 series. As for the other Galaxy S10, a familiar source claims the Vanilla Galaxy S10 fitted with a non-removable 3500mAh battery, while the Galaxy S10 Plus would be at or around 4000mah. A big leap that seems, but still pretty small given that other present-day flagship devices of similar sizes get above the quoted figure. 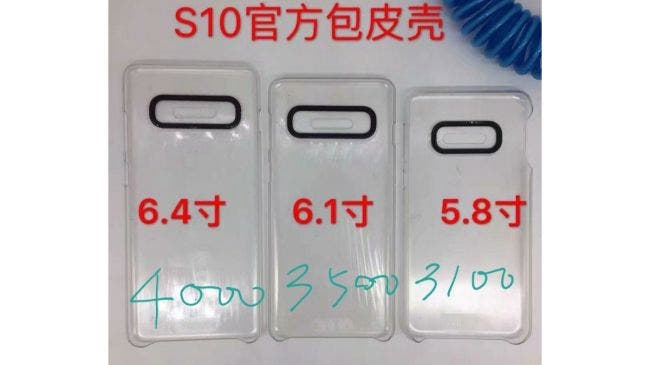 We should get more clarification soon, even as we expect some sort of official teasers from Samsung.

Previous TCL will be at the CES 2019, to unveil new Alcatel phones, edge-to-edge, dot displays, and flexible panels.