Previously, Sony has announced it will stay in the smartphone business not for money but for strategic reasons. They want to keep their fingers on the pulse to be always informed what’s happening in this industry. It’s quite reasonable because this Japanese manufacturer supplies various components to the smartphone makers. Say, its latest 48MP camera sensor is assumed to become quite popular this year. However, there are still many users waiting for the next annual flagship of this company because the Xperia line top-end models represent the embodiment of art and innovation. The same is going to be used describing the forthcoming Sony Xperia XZ4. 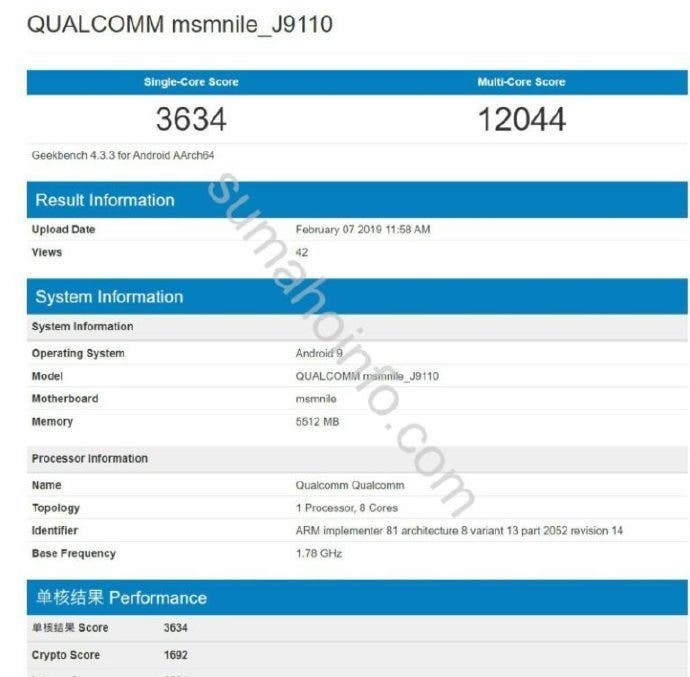 We know, as usual, the Sony Xperia XZ4 will be unleashed at the MWC 2019. It’s said the phone will be using a 21:9 FHD+ resolution ultra-narrow ‘fish-style screen’. It’s also going to be a very powerful smartphone packed with a Snapdragon 855 chip. The latter is assumed to be paired with an LPDDR4X 6GB RAM, a 64GB/256GB ROM, and a 3900mAh battery. The rest of the features include a side-mounted fingerprint scanner, a body thickness of 8.9mm, a 3.5mm audio jack, and a front-facing super wide-angle camera.

Just recently, the alleged Sony Xperia XZ4 has leaked on the GeekBench database. The spotted smartphone scored 3634 points and 12044 points in the single-core and multi-core tests, respectively. The source also proudly pointed out that the Apple A12 biochip scores 4801 and 11130 points in the mentioned tests. Thus, the Snapdragon 855 exceeds the A12. In addition, the screen shows the machine also uses a 6GB of memory and the Android 9 system. But it’s also assumed to be the engineering version. Thus, the final product’s performance may a little different from this.