Oppo brand has become in the # 1 position in the smartphone market in Thailand in the fourth quarter of 2018 according to a new report from the data analytics firm Canalys.

Thailand is the second largest smartphone market in Southeast Asia, suffered another fall in shipments in the fourth quarter of 2018, after a steep decline in Q3 2018. 4.9 million units shipped in Q4 2018, a 13.6% fall year on year, which caused full-year 2018 sell-in to decline 8.6% to 19.2 million units. Oppo overtook Samsung for the first time to become the top vendor, shipping nearly 1.1 million smartphones to take a 22.2% market share. Huawei and Vivo are closing in on the top two at 13.1% and 12.7%, while Apple, in fifth place, reported its lowest Q4 market share in the country. 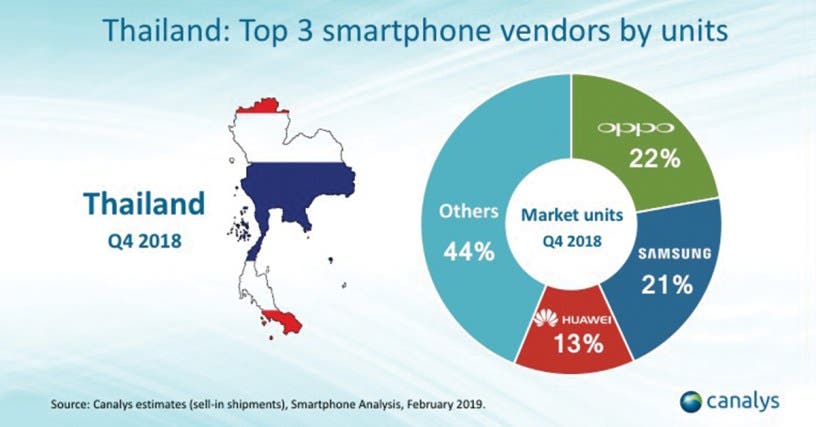 In 2019, Canalys forecasts 4.1% year-on-year growth for Thailand, with positive economic growth after its general election, which will improve major operators’ business outlook and prompt further investment from foreign mobile vendors. Though 5G is not expected to roll out until late 2020, operators will start to market the concept to build consumer interest in technology upgrades, which will be vital for consumer demand to rebound later in the year. 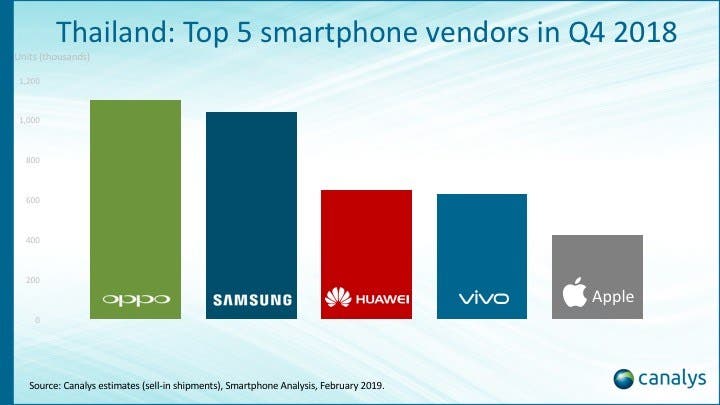