The two models will look very similar with the original variants and are equipped with the very same 1.39-inch OLED display that is used on the Huawei Watch GT. However, there is a minor change to the bezels and the case on the GT Active and GT Elegant. Moreover rumors point that the Chinese company may change the technology used in the wearables batteries from lithium-ion to lithium-polymer, however, this piece of information remains to be officially confirmed. 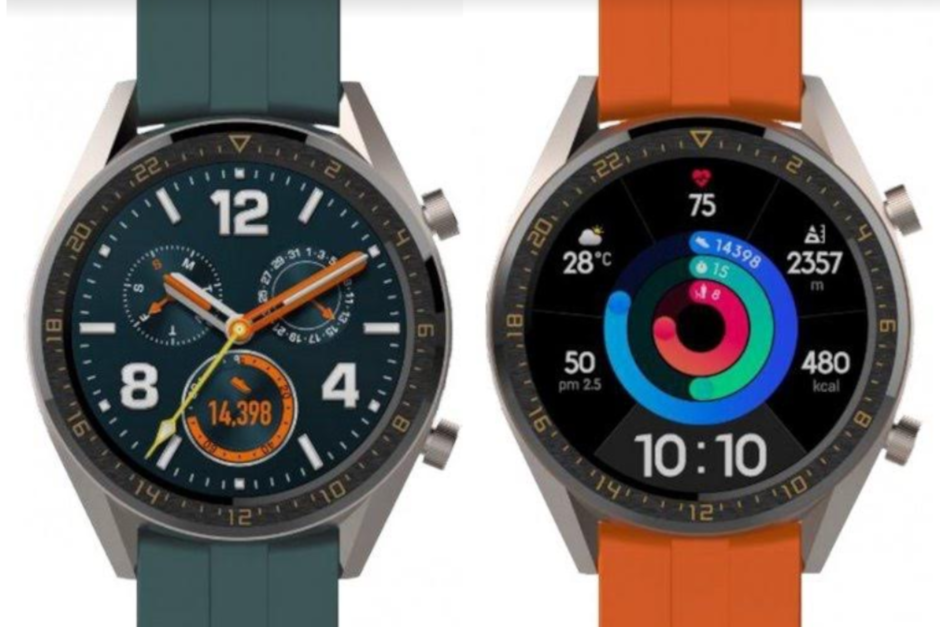 With the original models, Huawei opted for introducing its own wearable OS in the smartwatches, instead of using Google’s WearOS, and apparently, the company will repeat this with the newer models. Apart from this, the wearables will support Android and iOS and comes with all the expected features that are present in nowadays wearables. That includes a heart-rate monitor, sleep tracking, pedometer and more features related to workout. The battery should ensure a long endurance in the newer smartwatches, however, this is due to the fact that the OS is kinda limited in comparison to other Watches in the market. As you might expect, the newer models shouldn’t come with support for third-party apps.

According to the report, the GT Active will come in Dark Green and Orange, and the GT Elegant in White and Black. The latter model will retail for about $280, while the former will cost $257.