OnePlus 7 Pro will cost a lot compared to previous models, at least in India: the prices and the colors of the new flagship smartphone of the Chinese house have been leaked.

This year, the company founded by Peter Lau and Carl Pei is ready to do things bigger, presenting for the first time a more complete variant than the “classic” one. In fact, we know that on May 14th two smartphones, OnePlus 7 and OnePlus 7 Pro will be unveiled: the first will be the direct successor of the OnePlus 6T while the second is a more advanced flagship device.

Well, given the superior characteristics of the latter, it is reasonable to expect a higher selling price and based on what has been leaked about the Indian market, the costs should be the following: 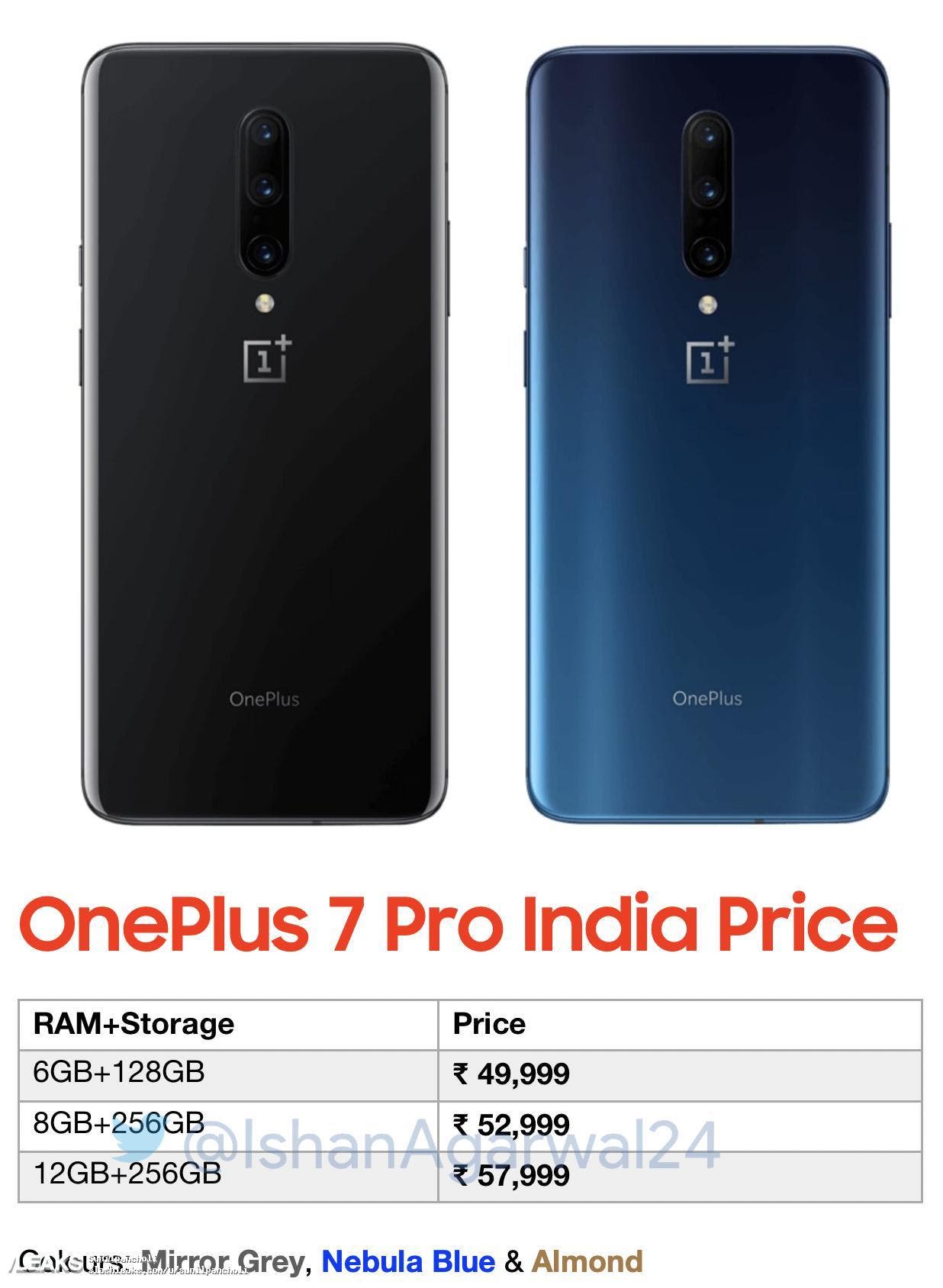 Now, considering that these are the prices for India, it is not easy to “guess” what the figures will be for the other markets. Furthermore, it will be necessary to see which configurations will be offered for sale in the various markets.

The leak has finally confirmed the three Mirror Grey, Nebula Blue and Almond colors. Will the Chinese house be able to maintain a starting price of up to $699 for the OnePlus 7 Pro? We will find out in exactly 10 days. What should be the right price in your opinion?