We are waiting for the new generation of Huawei P40 flagships at the end of March next year. With the approach of the announcement date, more information will pop up about the upcoming devices. And today we can take a look at a photo, which allegedly captures the front tempered glass of the Huawei P40 Pro.

This picture allows you to evaluate the result that the company achieved. In the struggle to reduce the frame around the perimeter of the display. We must pay tribute to it – the thickness of the indentation is vert thin and the chin that many hate is not there.

The leaked photo of the Huawei P40 Pro front panel 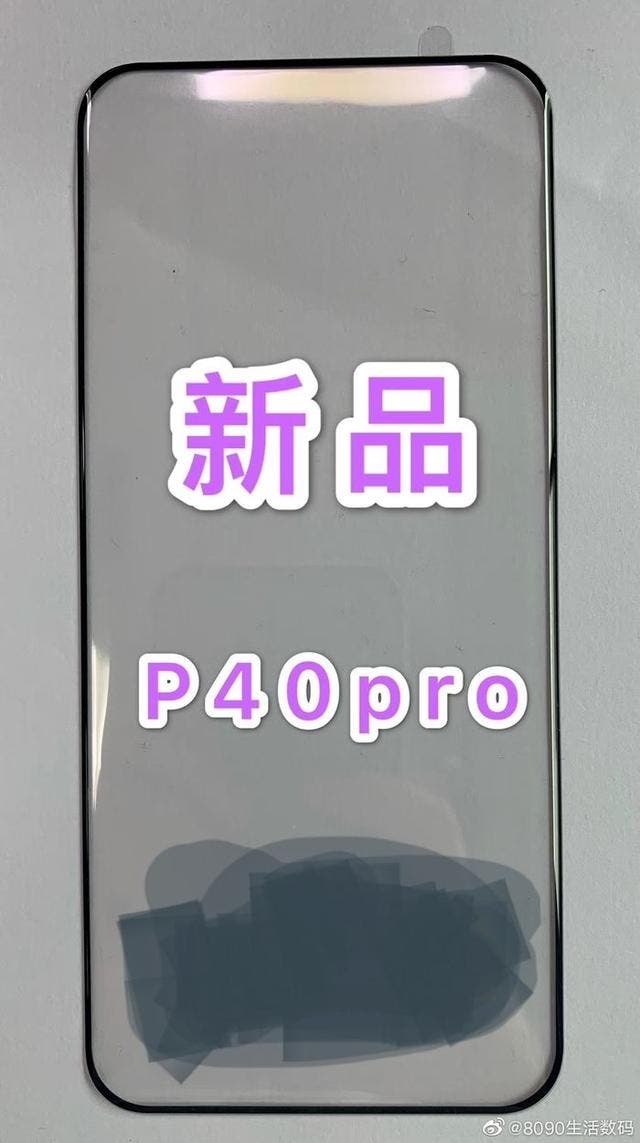 According to the information that previously leaked on the network, the Huawei P40 should get an OLED matrix, a Kirin 990 chipset, a fingerprint display scanner, a multi-module rear camera in the shape of a rectangular pad, a battery with a capacity of at least 4000 mAh and an Android 10 operating system without Google apps and services. Among the controversial fashion solutions is the elimination of the 3.5 mm audio jack.

Along with the basic version, the company will introduce the Huawei P40 Pro, which should differ from its younger brother by the presence of a curved OLED panel with a frame frequency of 120 Hz, a more advanced main camera, a more capacious battery and a more powerful fast charging.

According to previous renderings of Huawei P40 mobile phones, the Huawei P40 will use a 6.1-inch to 6.2-inch display. There have been reports that it will use a rectangular camera module. The camera module can accommodate up to four sensors. In other respects, this phone uses a USB Type-C interface and an on-screen fingerprint sensor.

The Huawei P40 Pro also uses a punch-hole design. This is the first time that a P series will use this design. The P30 series uses a waterdrop design while the P20 series comes with a notch. At the same time, the renders show two paint jobs – dark green and sky blue.

In an interview with French media a few days ago. Huawei’s Yu Chengdong made it clear that Huawei P40 and P40 Pro will be released in France in March 2020.

Next Huawei HMS Coming As Google GMS Alternative: The US Plan Doesn't Work