Recently, when talking about the Hisense smartphones, we mainly focus on those products that come with an ink screen. Moreover, we have learned that the company is going to launch the world’s first color ink screen handset in the nearest future. But this brand doesn’t design such handsets only. Say, today, it issued a statement concerning its new smartphone. In the statement, we can read that the forthcoming Hisense F50 5G smartphone will hit the market on April 20.

However, this is not the only news referring to the Hisense F50 5G. The poster showcases that it will sport the Ziguang Zhanrui 5G chip, known as the Unisoc T7510. Also, it will feature a HI-TURBO smart engine as well as support dual-mode 5G. 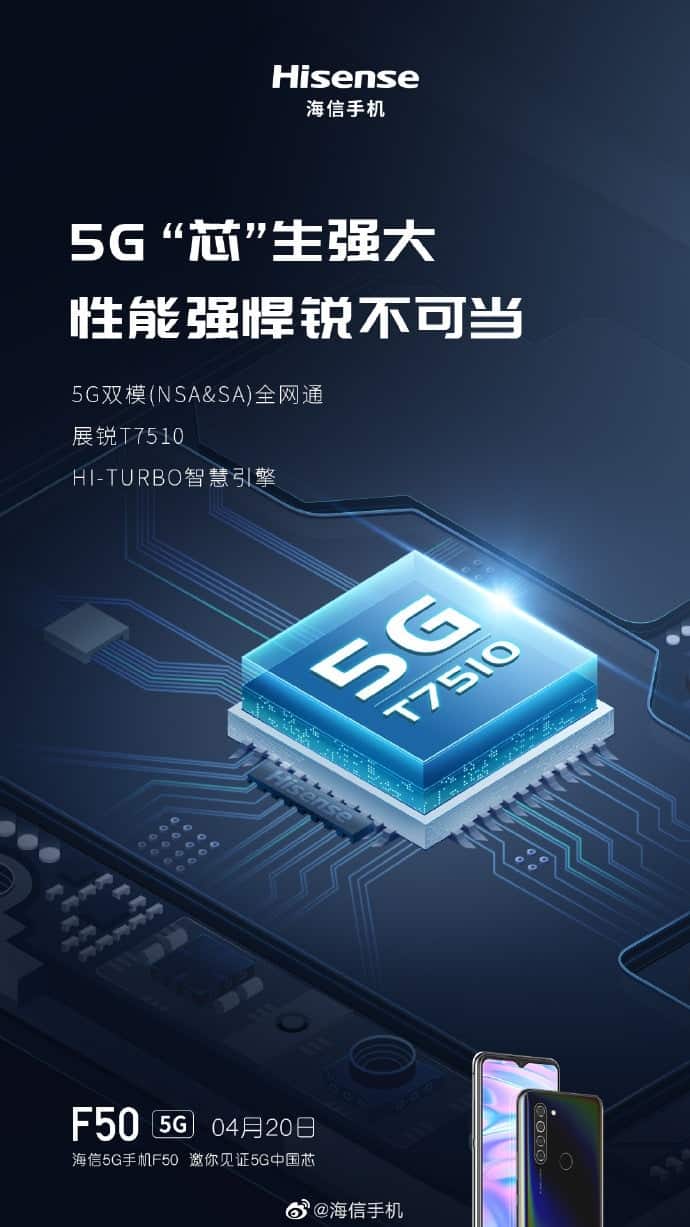 In addition to the Unisoc T7510 chip, the Hisense F50 5G is also equipped with a 5010mAh battery. The latter supports 18W fast charging. And it also comes with an 8mm large PC-level heat pipe for heat dissipation.

At present, there is no more information about Hisense F50. On April 20, Hisense is expected to announce information such as the F50’s selling price and time to market. And we guess, as the phone doesn’t sport the top-echelon Android camp chip such as the Qualcomm Snapdragon 865, most likely, the smartphone will cost less to make some competition for the rivals.

Next Amazon Suspends Acceptance Of Logistics Orders For New Customers