While we await the official launch of the Xiaomi Mi 10 Lite 5G in a couple of days, the company has been releasing teasers to confirm some specs of this smartphone. The latest of these teasers show that this smartphone will come with a Snapdragon Snapdragon 765G SoC. 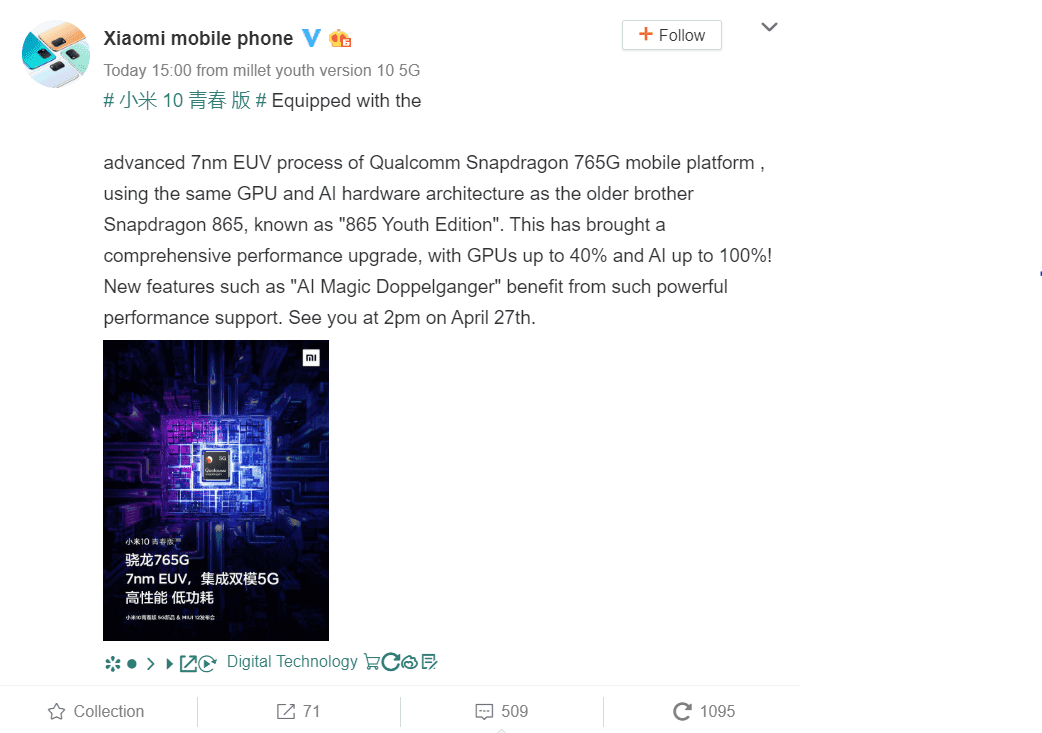 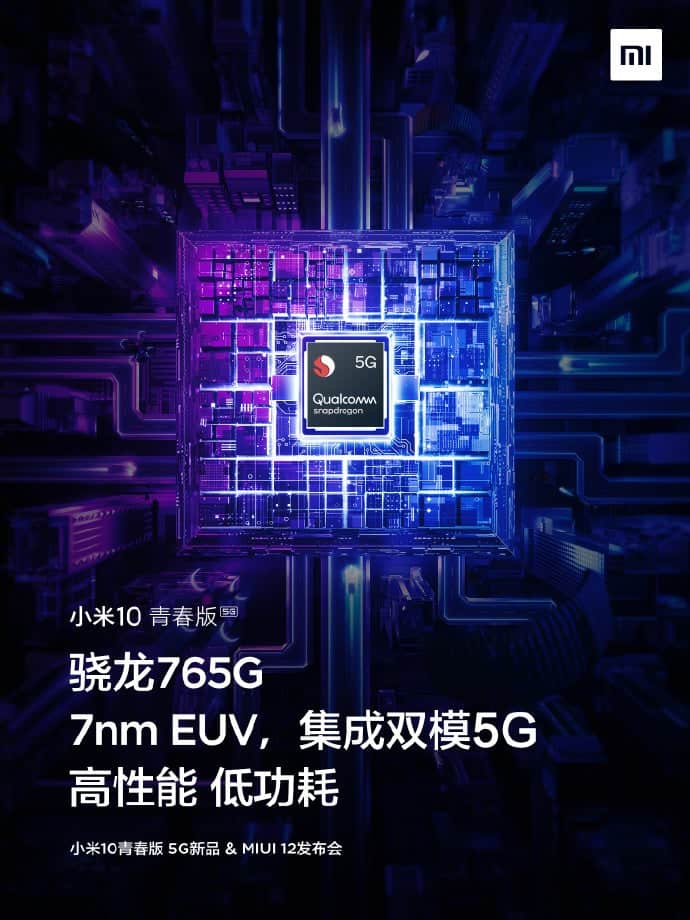 The Xiaomi Mi 10 Lite 5G will come with a Samsung AMOLED screen (Pentile (diamond) pixel arrangement). According to the company, the diamond screen has a more detailed display accuracy. It also reduces the noise in images and the zoom is clearer. This display still has a professional primary color screen, ΔE value reached 1.1, and JNCD is also within 0.7. This means that the screen comes with a very professional display effect. In addition, this display achieves 4300000: 1 ultra-high contrast, hardware-level DC dimming, 180Hz touch sampling rate, and HDR 10+ resolution.