Xiaomi has officially released the new MIUI 12, which adds a new camera design. However, some users have reported that there are few modes to choose from in the custom camera. Today Xiaomi camera department product director @Queena_ Xiaomi said that the current custom camera now has more modes to choose from. There are two ways to have access to more functions, slide left/right and up/down. 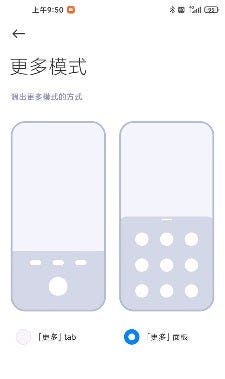 “At the request of our friends, we have added more mode options to our custom camera. It provides two ways to interact with each other, left and right sliding and up and down for more functionality. It has been upgraded to the internal beta version of MIUI 12. Everyone who has today’s version can try it out. If you have any experience, you can leave a message for me. We are still in the process of tuning it. Which interaction method do you prefer? Our goal is to make the camera live, not just a cold tool, so we’ll work with everyone to take customization to the extreme.”

As she said, the current modification to the Xiaomi camera is available on the MIUI 12 internal test version. If you are participating in the beta, you may want to try it out and leave a feedback. 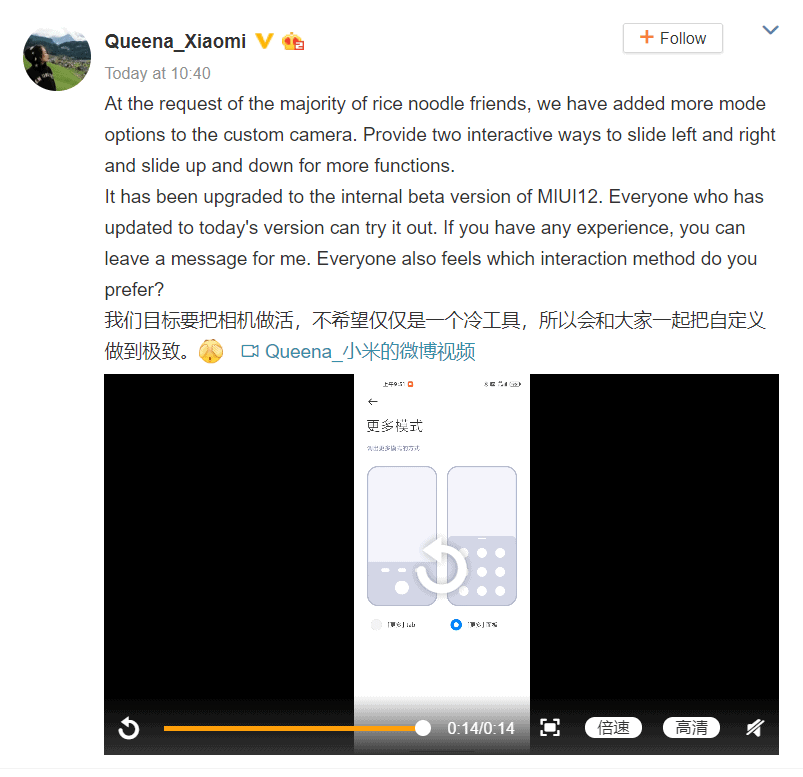 The Xiaomi MIUI 12 camera features a new interaction interface and motion design. It also supports new features such as function, colour, and sound customization as well as full-screen shooting. In addition, the camera’s shooting button is now smaller in the full-screen format.

Previous Xiaomi's second WiFi 6 router to arrive on May 13