Among them, the entry-level model Fire HD8 is equipped with a faster processor than before, and it has 32 GB of storage space. The upgraded model Fire HD8 Plus comes with larger storage space, supports wireless charging, and has a 6-month subscription to Kindle Unlimited (Amazon Book Rental Subscription Service). It is priced at $109.99.

The release of the new tablet computer coincides with the new coronavirus epidemic that has caused a large proportion of people worldwide to work from home. Compared with smartphones, tablet computers have larger screens and can usually accomplish a variety of tasks that people do at home.

Data show that during the epidemic, sales of tablet computers and other large electronic products in the United States increased significantly. NPC predicts that in the first week of May, sales of TVs, tablets, and PCs in the US market will increase by 33% year-on-year.

For the tablet business, Amazon’s strategy is to sell devices at a low price. And then, it should attract consumers to buy digital content such as movies and books. Some Amazon devices are also bundled with a free trial period for Amazon content services. This helps increase the number of subscribers to its services.

Analysts said that Amazon’s new tablet also showed that its electronic supply chain is functioning normally. And the company has the ability to escort new products. 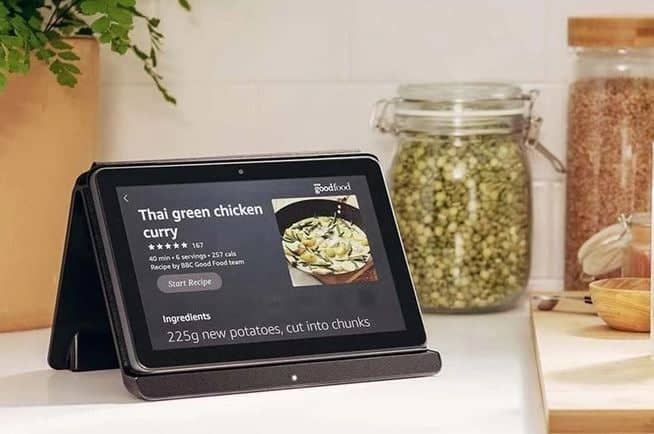 IDC data shows that Amazon is the fourth largest tablet manufacturer in the world in 2019. It lays behind Huawei, Samsung, and Apple.

Amazon’s two new tablet computers use the USB-C charging standard. They are also equipped with a microSD card slot to expand the built-in storage. The battery life has been increased from 10 hours to 12 hours.

In addition, Amazon also released a version for children. This Fire tablet is priced at $139.99. It comes with a durable, child-friendly protective cover.