Over a couple of years, Samsung has invested a huge sum of amount to set up and boost up its production facilities in India. A couple of months ago, the chaebol recently kickstarted its smartphone production after facing a temporary shutdown due to the COVID-19 outbreak. Well, it looks like the company is now also manufacturing smartwatches in the country. We’re not talking about one but the entire catalogue that consists of 18 smartwatches. Apart from this, Samsung has now launched an aluminium Galaxy Watch Active 2 4G variant with ‘Made in India’ badge. 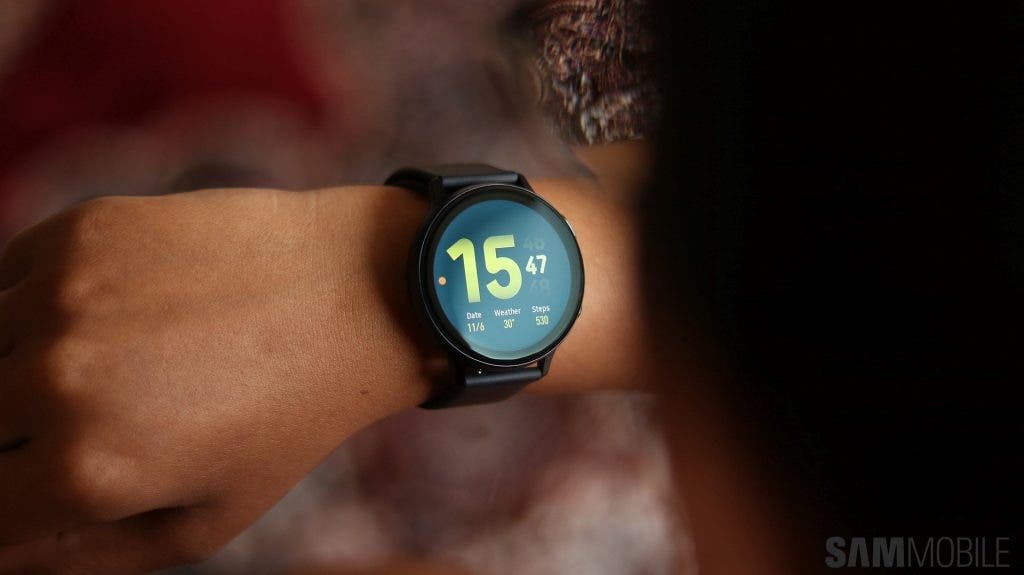 Samsung has now launched a new variant of the Galaxy Watch Active 2 4G in India. We’re looking at the new aluminium version of the wearable. For those who’re unaware, the original titanium version was launched around seven months ago. As the name suggests, the smartwatch will arrive with LTE connectivity support using eSIM. You can use either Airtel or Jio as one of your eSIM. It is also worth noting that the LTE variant is only available in 44mm. It also comes in three colour options namely Cloud Silver, Aqua Black, and Pink Gold.

The all-new aluminium ‘Made in India’ variant will be up for grabs starting from July 11. The aluminium Galaxy Watch Active 2 4G is priced at INR 28,490 (i.e. roughly $380). It will be available across all the platforms namely Samsung’s retail network, Samsung Opera House, Samsung.com and major e-commerce platforms.

Considering the demand for ‘Made in India’ products increasing in the country, Samsung might want to take advantage of that. With that said, all the smartwatches will now come with ‘Made in India’ badge and we’re expecting the same for the upcoming Galaxy Watch 3.

Samsung is now gearing up for its Galaxy Watch 3 unveil event which, according to leaks, might happen on July 22. For the last couple of months, we have seen numerous leaks and render images surfacing on the internet. The Galaxy Watch 3 is expected to come in two different sizes – 41mm and 45mm and that mean two screen sizes – 1.2-inch and 1.4-inch.  It will feature circular AMOLED panel with Gorilla Glass DX protection. We will still see a physical rotating bezel which I personally like. We are expecting the price tag to be somewhere between $400 and $600.