On July 28, the Nubia conference will take place, at which the Nubia Red Magic 5S gaming smartphone is to be presented.

Nubia CEO Ni Fei has confirmed that a new 120W three-port gallium nitride fast charger will be available at this conference.

A high-quality image of the device has also been posted. It confirms that the adapter will receive a foldable plug, two USB-C connectors and one USB-A connector. 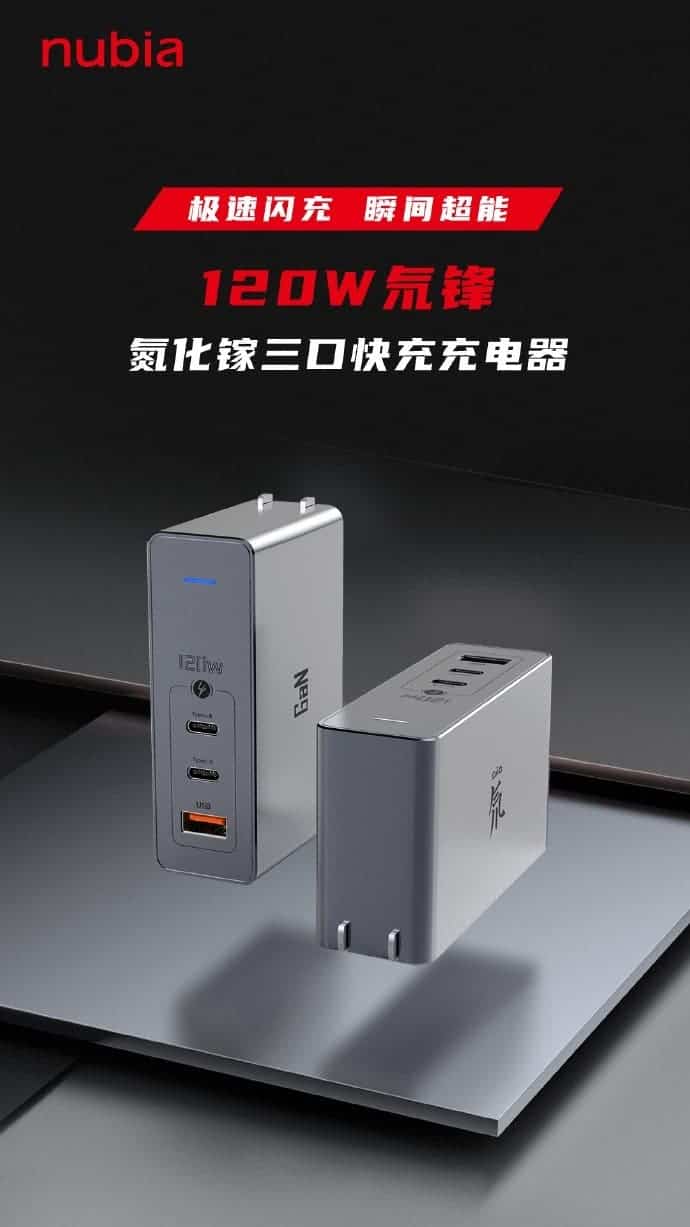 One such device will allow you to charge smartphones, tablets, laptops and other devices, and do it at the same time.

More specifications and price of the device will be available next week.

After releasing the Nubia Red Magic 5G as its first champion for the 2020 range of gaming smartphones, the Chinese company is gearing up to launch a new smartphone. It makes sense for a new device, after all, Qualcomm has just released the Snapdragon 865 Plus with 3.09Ghz clock. With the arrival of ROG Phone 3 and Lenovo Legion, Nubia wants to keep a competitive device that will not fall behind these competitors. The new smartphone will be called Red Magic 5S and the company wants to ensure that users will have enough reasons to pick it over the competition.

The Nubia Red Magic 5S will boast a 144Hz display just like its predecessor. The screen will also come with 240Hz touch sampling rate for precise inputs. However, this will not be the only way Red Magic 5s users will have to control games. The new gaming phone will also include two touch-sensitive shoulder buttons. Those controls will be more precise than the screen, after all, their touch sampling rate reaches a whopping 320Hz rate. According to the report, the Red Magic team engineered a dual-IC solution in an industry first.

The Nubia Red Magic 5S boasts the Snapdragon 865+ SoC with LPDDR5 RAM and UFS 3.1 Storage. Moreover, the phone will even include a technology called “Magic Write” technology. It will optimize read and write speeds.

Next The U.S. bans another Chinese company - a major OV lens supplier