Samsung is expected to announce Galaxy A51 5G in the USA soon and before we take a breather, a new benchmark listing suggests that a slightly low-end Samsung Galaxy A42 5G is already in the works. And it looks like it could adopt a Qualcomm SoC again.

The benchmark in question has been spotted on GeekBench and shows a device with a model number SM-A426B. Going by the company’s naming scheme, the device could very well be the Galaxy A42. Moving on, the device in testing has scored 615 single and 1,799 multi-core points.

Galaxy A42: A worthy upgrade to 5G

The CPU which is based on ARM Qualcomm has the frequency of 1.80GHz in the listing. The interesting part is the motherboard name ‘lito’ as it is the same naming associated with Qualcomm Snapdragon 690 and 765 mid-range SoCs. However, a tipster on Twitter dug deeper into the code behind the listing and found out that the GPU listed is Adreno 619 and this belongs to the Snapdragon 690 SoC.

This almost confirms that the Galaxy A42 will be powered by the recently launched Snapdragon 690 5G SoC. This choice is understandable considering its higher sibling the A51 already has a 5G version that sports Snapdragon 765G SoC. Though the 690 adopts better architecture than 765G, it lacks in CPU frequency when compared to the latter.

Having said that, another find by MySmartPrice on Safety Korea certification shows that a device with similar model SM-A426B will pack a 5,000mAh battery with model number EB-BA426ABY. This also corroborates with the earlier listing on China’s 3C certification which revealed the rated capacity of the battery to be around 3.86V. 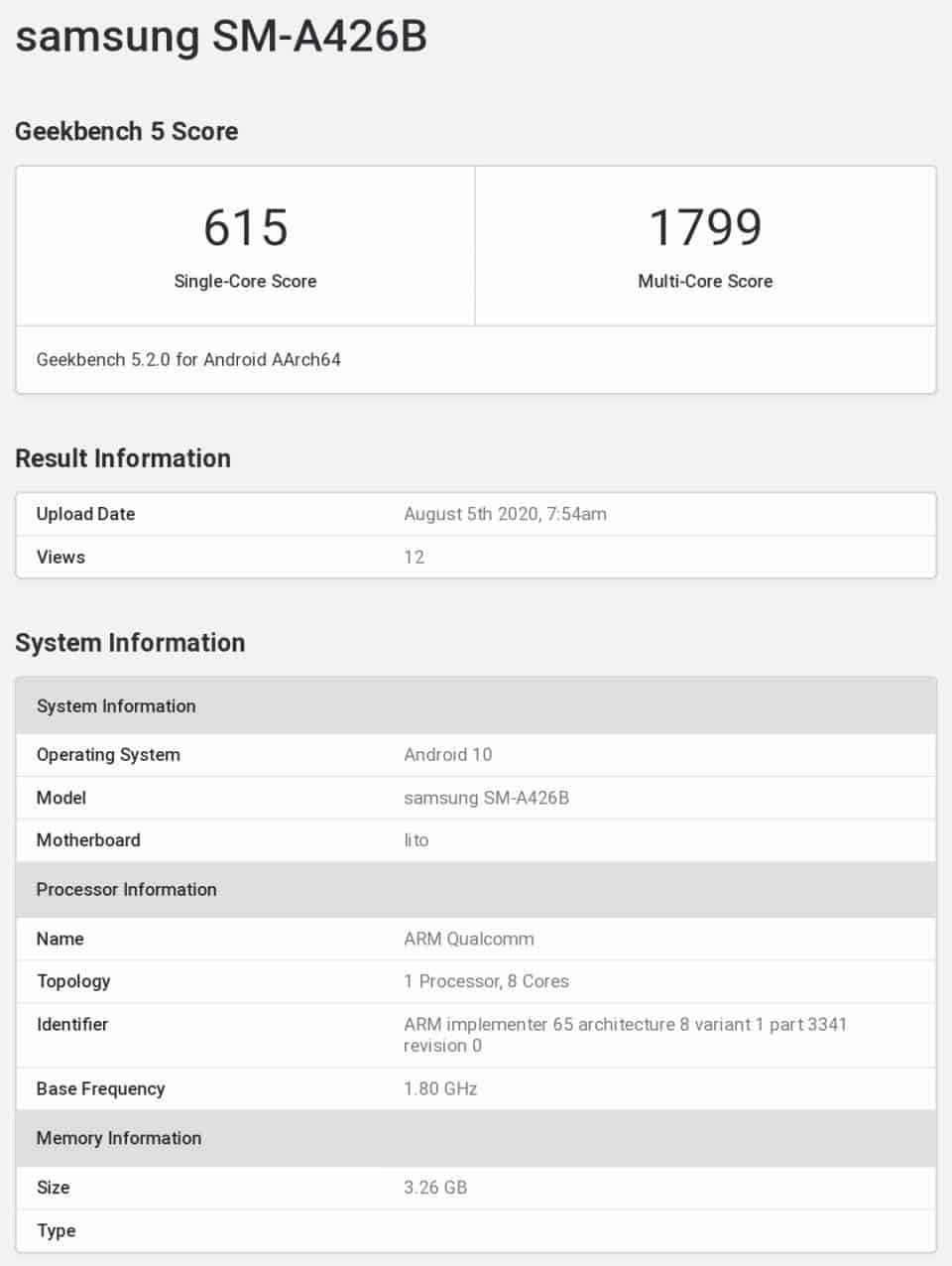 Samsung’s focus on A series

All these points that Samsung is looking to upgrade its mid-rangers to 5G in 2021 and beyond as reported earlier. It seems to have finally sensed that market condition is more on mid-range devices and is expected to bring features like OIS to the A series of phones next year.

Coming back, the listing also reveals the device has 4GB RAM and is running on Android 10 which is a no brainer. All in all, Samsung’s Galaxy A42 is shaping out to be a great upgrade over the mediocre A41 that launched in March. Nevertheless, we will have to wait for more leaks in the coming days to know about the device

Previous TSMC will manufacture the Snapdragon 875 SoC alongside Samsung