OnePlus is well known for its flagship smartphones which are doing quite well in the smartphone market. However, the company does other things apart from smartphones. Earlier this year, OnePlus released its first wireless earbuds which marks its first appearance in the wireless headset market. Now, the company seems to be preparing to launch another true wireless headset product. The latest report indicates that the OnePlus Buds Z headset may hit the market soon.

OnePlus Buds supports Dolby Atmos for OnePlus 7 and OnePlus 8 series. It also supports Dirac Audio Tuner for the newly launched OnePlus Nord smartphone. OnePlus Buds has a function to eliminate environmental noise, which can be triggered during a call. The device also has an IPX4 rating. Connecting the headset to a OnePlus smartphone enables other touch controls and a low-latency mode called Fnatic Mode for gaming.

Thousands of OnePlus earbuds seized in the U.S.

There was mild drama a few days ago when the US Customs officials triumphantly seized a large shipment of “fake Apple AirPods”. The agency solemnly announced this fact to the general public. However, what it calls “fake Apple AirPods” is in fact the real OnePlus Buds. 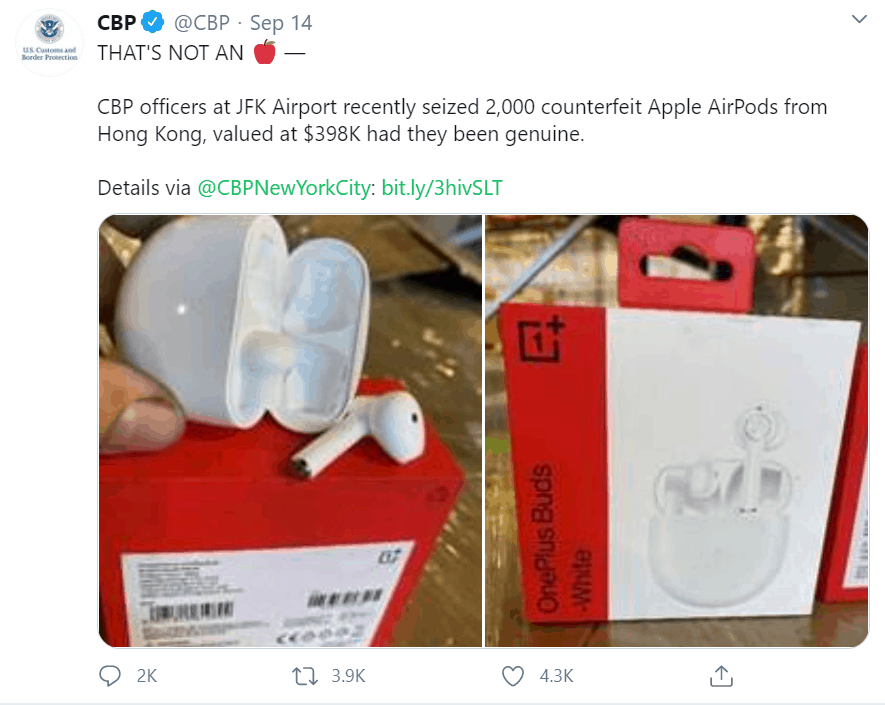 The custom officers ignored the box of the device where it is clearly written “OnePlus Buds”. It also did not compare the internals with the real Apple AirPods. Although there have been clarifications, the US Department of Customs and Border Protection says it will not remove the seizure. In an official statement, officials said the OnePlus headset “violates Apple’s trademark license”. The arrest of the batch of headphones has nothing to do with the images on the boxes.