After the global release of the OnePlus 8T, the company has now released this smartphone today in China. At the Chinese launch of this device, the company also announced the special edition of this smartphone. OnePlus will cooperate with upcoming super popular game “Cyberpunk 2077” to release the OnePlus 8T Cyberpunk 2077 limited edition. However, the official did not show the appearance and detailed information of this customized version. However, there is an official teaser video for this smartphone. To watch the teaser video, click HERE. 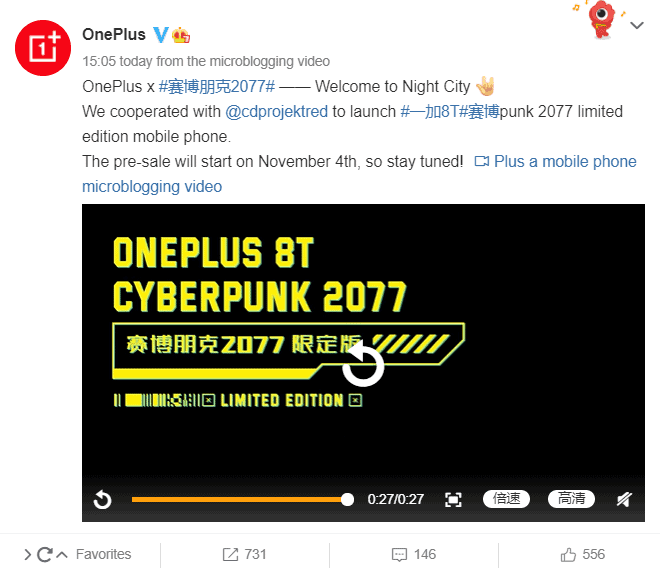 In any case, OnePlus also cooperated with @cdprojektred to release the OnePlus 8T “Cyberpunk 2077” limited edition. Judging from the content of the video, OnePlus seems to implant the OP8T into the “Cyberpunk 2077” game. This smartphone is enough to be a surprise for gamers. Furthermore, the company already has a pre-sale date for this device. According to the Weibo post, the OnePlus 8T Cyberpunk 2077 edition will commence pre-sale from November 4th. There is no information on the price of this device. 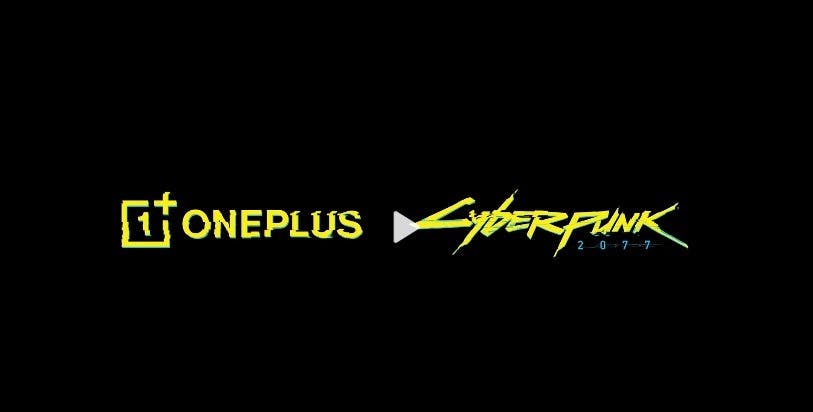 Unfortunately, there is no other information regarding this smartphone. We do not know if it will use the same design and internals as the regular OnePlus 8T. This smartphone already comes with the Qualcomm Snapdragon 865 SoC. This is a good gaming chip thus it will probably not improve on this aspect. However, this special edition obviously focuses on gaming. As a result, we expect to see some changes which show its gaming nature.