This month, we saw the official launch of the first set of smartphones with 5nm chips. Apple earlier released the iPhone 12 series which uses the 5n Bionic A14 chips. A few days ago, Huawei unveiled the Mate 40 series which comes with a 5nm Kirin 9000 SoC. Naturally, these series will compete with each other. Although both companies already have specific buyers (fanboys), there is still a small portion of the market that is up for grabs. In this post, we will look at a comparison between the Huawei Mate 40 Pro and iPhone 12 Pro. Our article will focus on the internals of these devices (camera, battery, and processor). 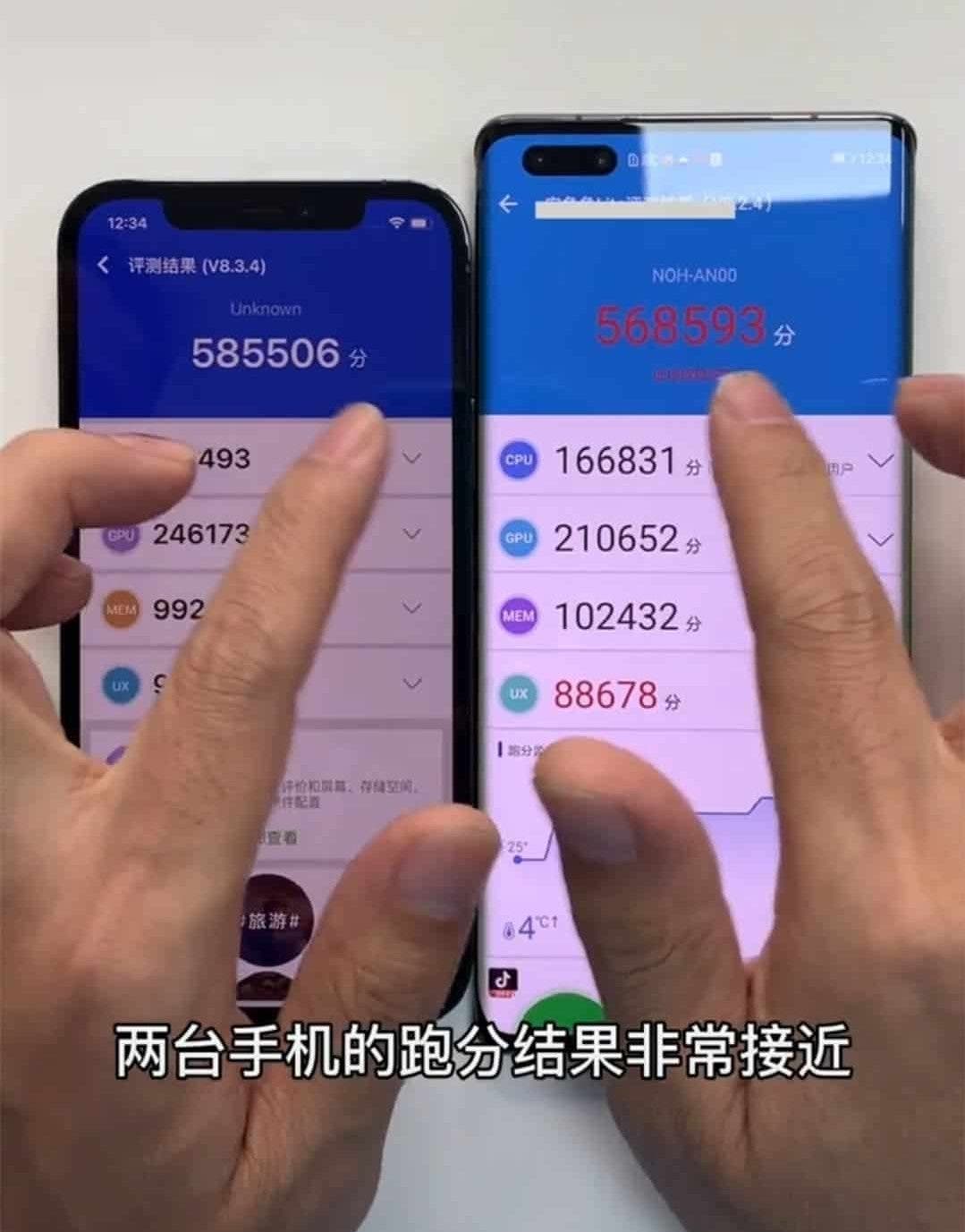 Starting from the AnTuTu score, the iPhone 12 Pro exceeds 580,000 while the Huawei Mate 40 Pro exceeds 560,000 points. Of course, we know that AnTuTu ranking only gives us a sense of relative performance. It does not guarantee the actual performance of smartphones.

If you look at the images above, you will realize that the AnTuTu versions for both smartphones are different. The AnTuTu score could be significantly different when you use different versions. To this end, we had to get AnTuTu information on both smartphones using the same version. Using AnTuTu V8, here are the scores for both devices

Moving on to the internals of the iPhone 12 Pro, the biggest upgrade in this smartphone is in the camera department. This smartphone comes with a 12MP triple rear camera setup as well as a LiDar camera. This is much better than the iPhone 12 which uses a 12MP main camera + 12 MP ultra-wide-angle dual camera. 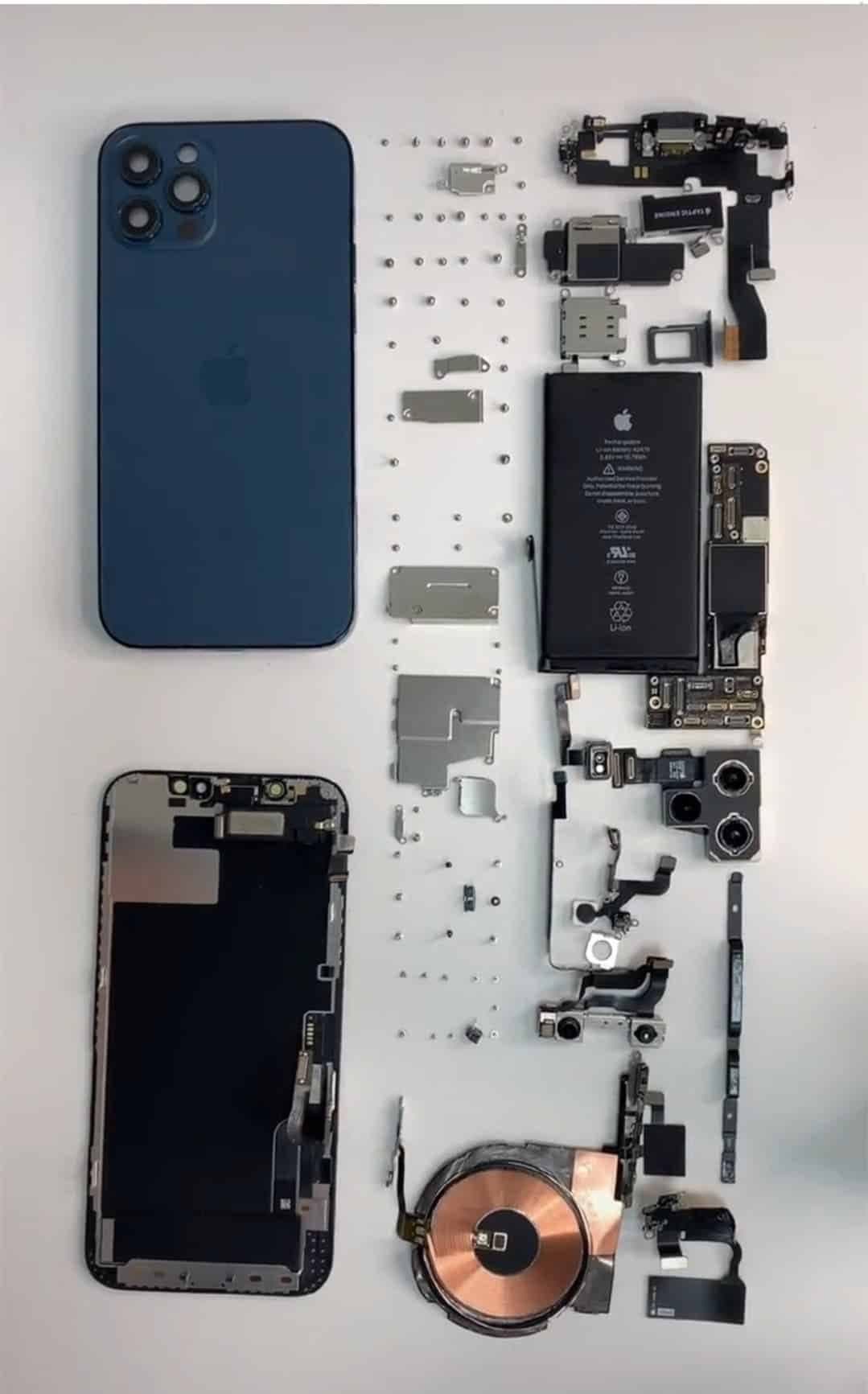 The LiDar sensor is a new type of depth sensor that can make a difference in many interesting ways. According to reports, a smartphone with LiDar technology sends out light pulse waves in the form of a burst of infrared dots and can use its sensor to measure each pulse, thereby creating a point field that can draw distances and can “grid” space.

In terms of specific usage scenarios, Apple promises that the iPhone 12 Pro has better low-light focusing, and the speed in low-light conditions increases by six times. The Lidar depth-sensing also improves the effect of night portrait mode.

On DxOMark, although there is no official test yet, the agency has announced that the iPhone 12 Pro Max does not have the best camera in its rankings. 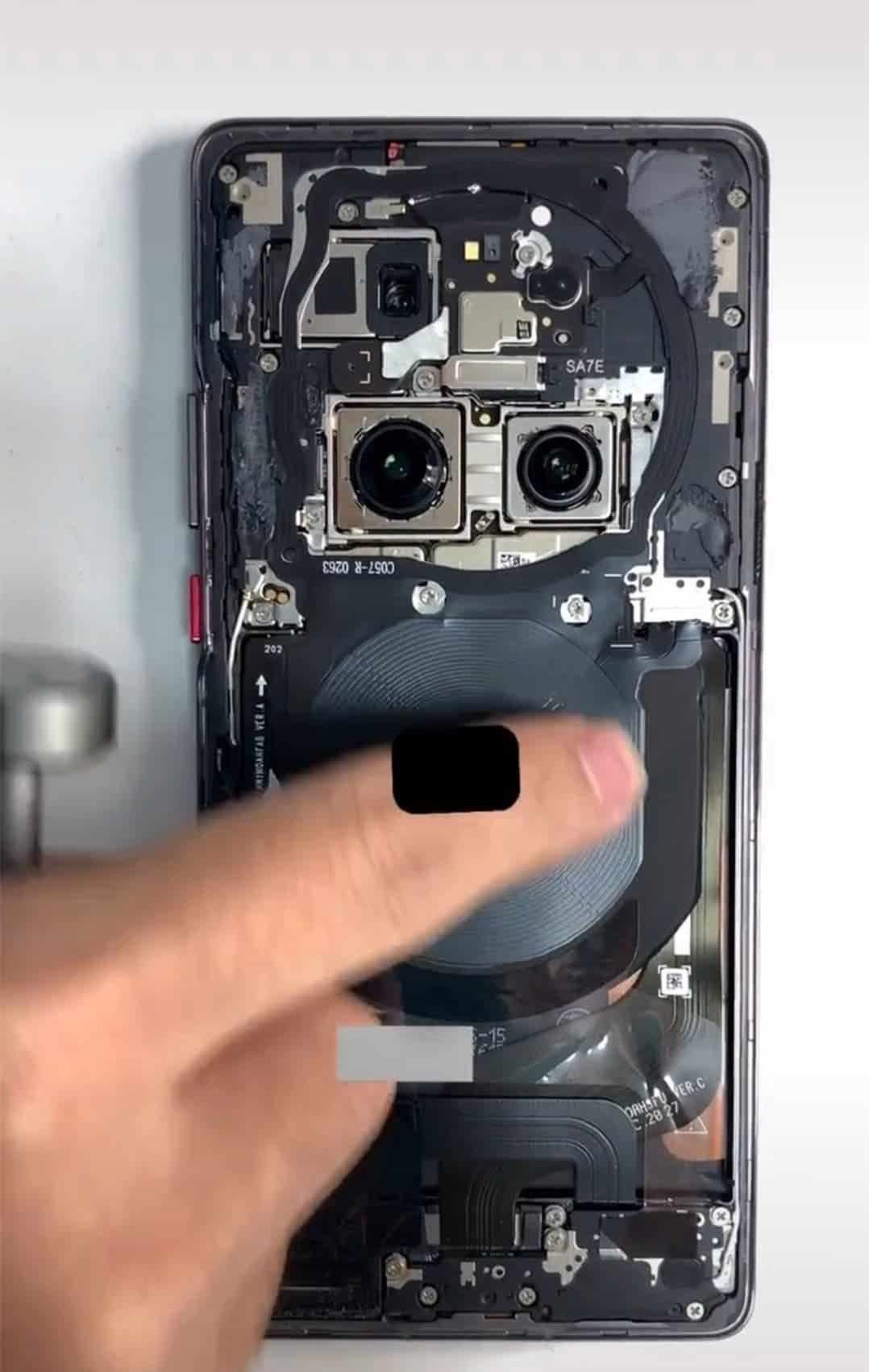 On DxOMark, the final score of this device is 136 points which put the Mate 40 Pro in first place on DxOMark’s ranking system. This makes it the new king of mobile photography. 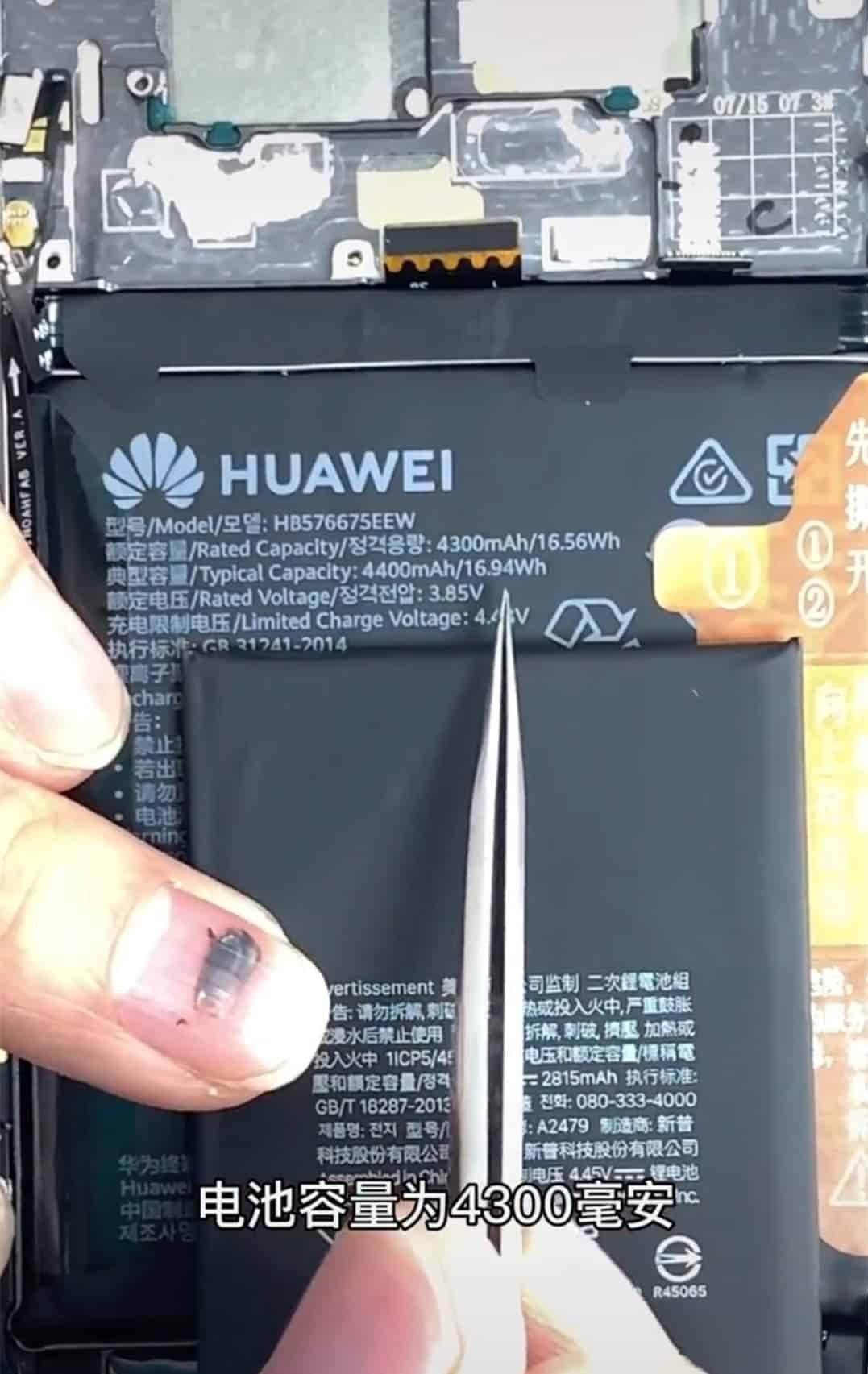 After removing the wireless charging coil, you can see that there are two connecting wires between the battery of Huawei Mate40 Pro and the motherboard. It is reported that Huawei Mate40 Pro supports 66W wired fast charging for the first time, and it is also the fastest charging Huawei mobile phone so far.

In terms of capacity, the Huawei Mate 40 Pro comes with a 4300mAh (typical value is 4400mAh). According to recent tests, this battery lasts as follows

As usual, Apple does not give specific information on the battery capacity of its smartphones. However, this disassembly reveals that the iPhone 12 Pro comes with a 2815 mAh battery.

This device also bring fast charging capabilities with up to 20 Watts chargers. For wireless charging, you will have to use the MagSafe wireless charger. The maximum capacity of this charger is 15W.

According to reports, the battery life of the iPhone 12 without 5G is 11 hours+. However, with 5G connectivity, this time reduces to 9 hours. This battery also delivers up to 17 hours  of video playback 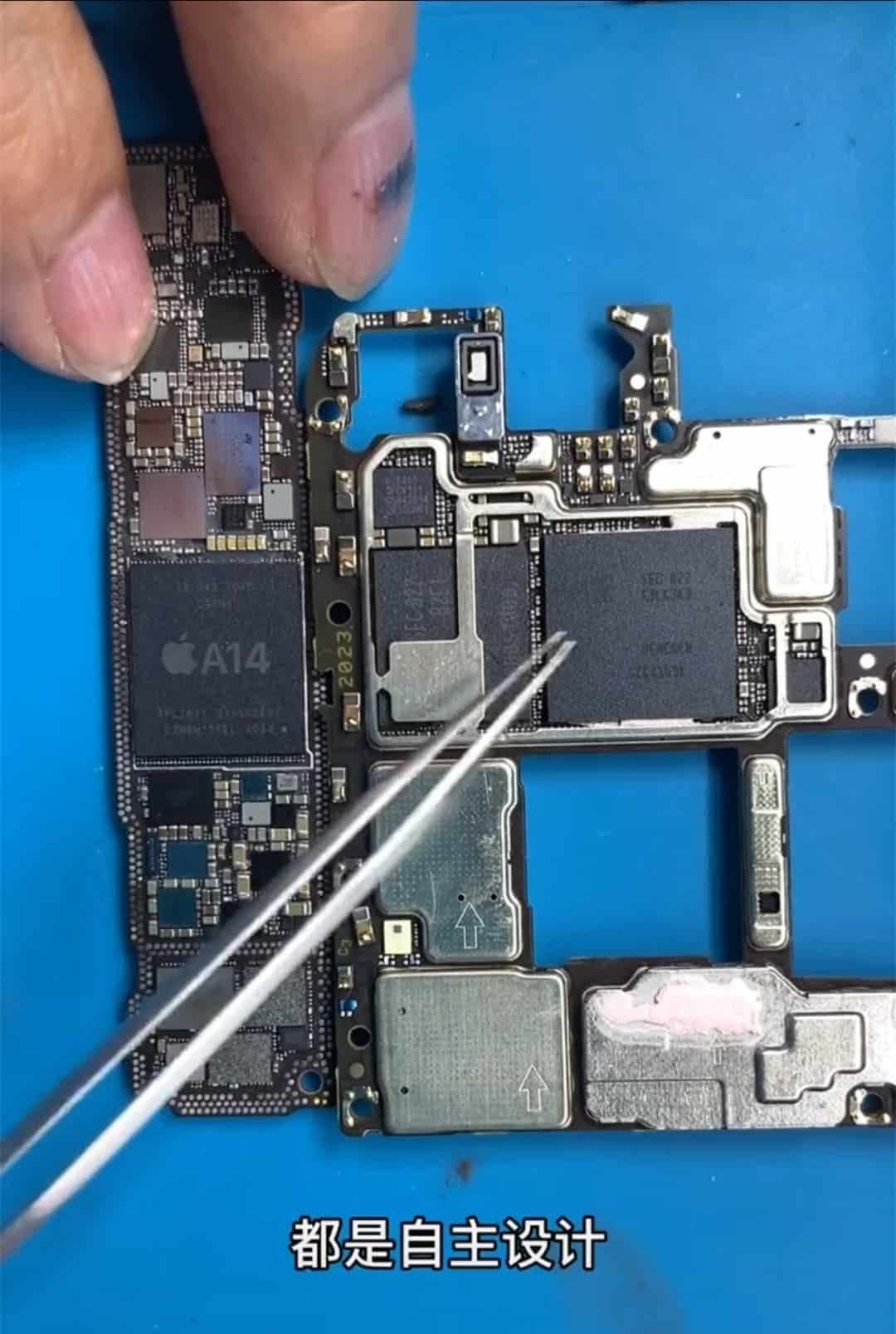 Finally, let’s compare the Bionic A14 of the iPhone 12 Pro and the Kirin 9000 chip of the Huawei Mate40 Pro, both of which are made using the 5nm process.

For starters, the Kirin 9000 chip integrates a 5G baseband and is the industry’s first 5nm integrated 5G SoC. Although the A14 chip is also a 5nm process chip, it requires an external Qualcomm Snapdragon X55 5G baseband to achieve a 5G network connection.

More importantly, thanks to the 5nm process, Kirin 9000 integrates 15.3 billion transistors, which is 30% more than the A14 bionic.

The advantage of integrating the 5G modem into the SoC is that it improves power consumption and helps heat dissipation. This helps the overall performance of the chip. Of course, this is one of the advantages of the Kirin 9000 over the Bionic A14. 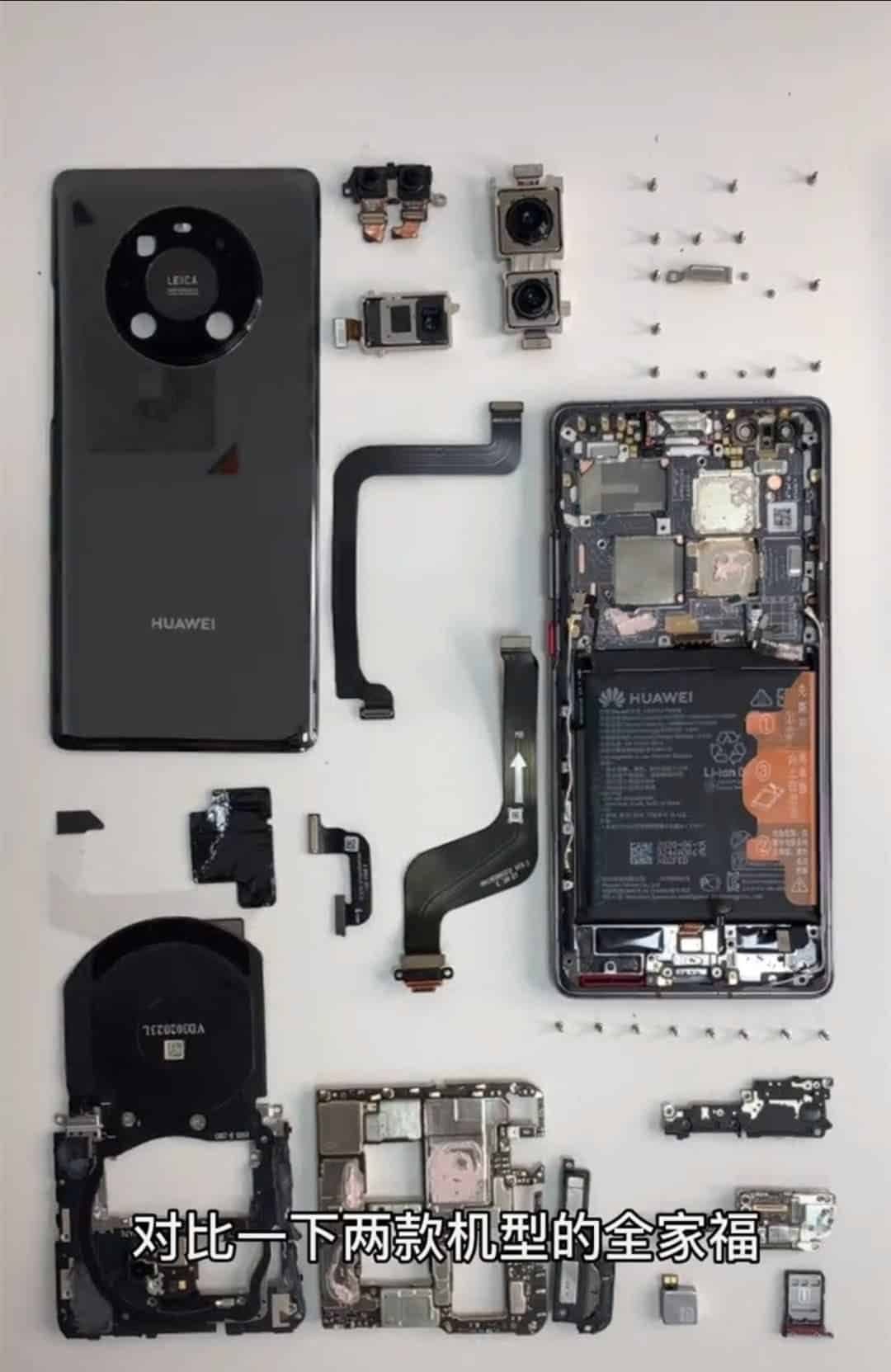 Next OPPO Smart TV S1 Biggest Highlights: Why To Buy This TV?