Samsung is making its name in the mid-range segment thanks to the competitive phones under Galaxy M and A series. However, in 2020, the brand introduced a new Galaxy F series to the math. This lineup is said to cover camera-centric devices and started its journey with the Galaxy F41. Now, the company is said to reveal a new Galaxy F62 smartphone in India this month. Apparently, this is going to happen in the next few days as Flipkart started to tease a Galaxy F series smartphone sporting a Quad-Camera setup.

The Indian giant of e-commerce has set up a promo page for the new Galaxy F smartphone. However, it is only accessible through its official app and mobile website. Since this is just a teaser, Flipkart didn’t tell the phone’s actually name. However, the “Full On” tagline suggests that this is a Galaxy F phone. After all, Samsung used the very same tagline last September to debut its first Galaxy F series device. 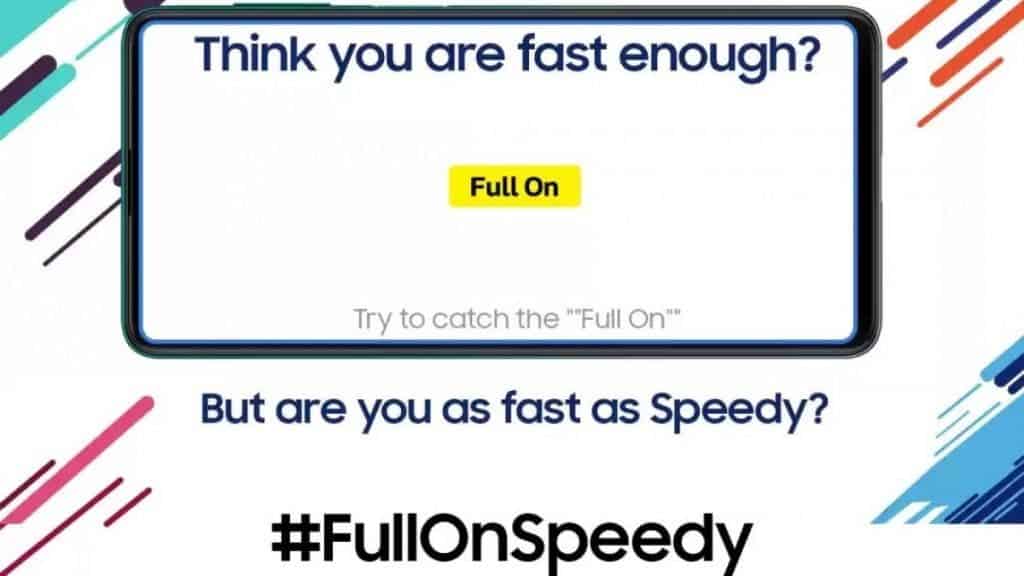 The e-commerce platform does not detail the actual specifications of this Galaxy F smartphone. However, a couple of images reveal it will feature a square-shaped Quad-Camera on the back placed in the upper-left corner. The teaser also reveals it has a volume rocker on the right-side frame. Below the volume rocker, we have the power button that appears to have a fingerprint scanner. This fact, also suggests an LCD instead of an AMOLED panel.

A Galaxy F smartphone for the mid-range segment

Curiously, the phone does not have a notch or punch-hole for the selfie snapper. For that reason, we’re assuming the phone has a pop-up camera. Take in mind, that the image may be just a mere placeholder. So the phone can end up as another regular device with a notched or drilled display. The device is listed as Flipkart unique, which confirms the device will be exclusively sold by Flipkart.

For now, the big suspicious is on the Samsung Galaxy F62. However, this particular device is rumored with an AMOLED display. So the phone in Flipkart could end up being another Galaxy F smartphone made for the budget segment. Just like on the Galaxy A and M series, the higher the number, the better the specifications will come. So we can expect anything below the Galaxy F62 with an LCD and side-mounted fingerprint scanner. We’re not expecting this phone to be a 5G phone.

We will know more details in the next week, as Flipkart promised to reveal more about this device on February 8.