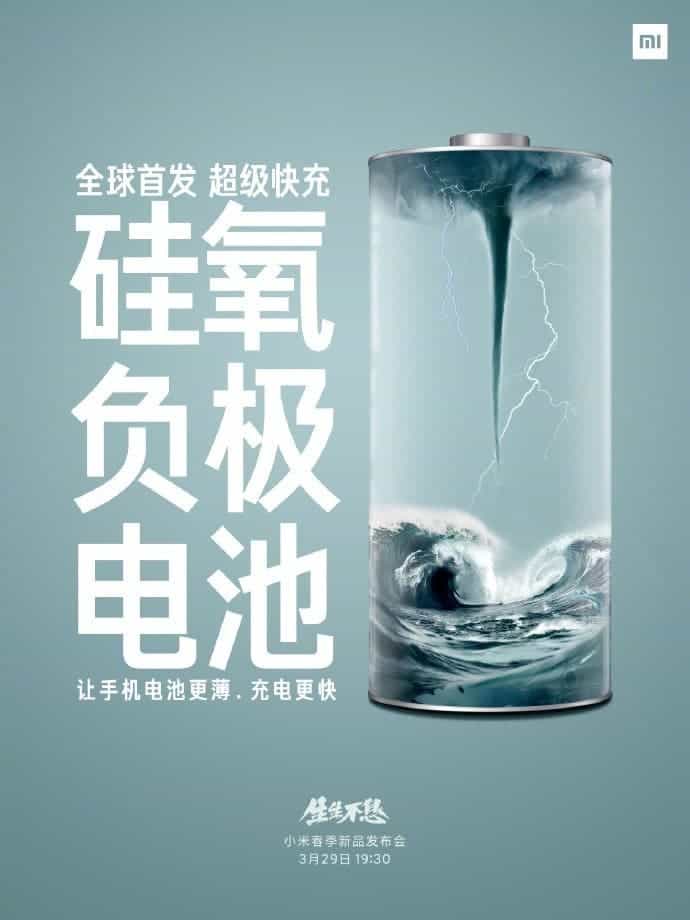 According to Xiaomi, if you want to increase the battery capacity, one thing is inevitable. That is also expanding the volume and size of the smartphone. This is because the energy density of the traditional graphite anode battery is close to the theoretical limit. This makes it very difficult to further increase it. However, Xiaomi’s exploration of new battery materials has never stopped. A few years ago, the company tried a silicon anode battery technology for the first time on the Xiaomi Mi MIX Alpha.

However, it is using another solution for the Xiaomi Mi 11 Ultra. The Xiaomi Mi 11 Ultra is the first smartphone to use a super fast-charging silicon-oxygen anode battery. This solution has higher energy density, larger capacity, and faster charging. The second-generation silicon-oxygen anode battery makes silicon particles difficult to pulverize. This results in 10 times the theoretical gram capacity of graphite. At the same time, it supplements the nano-silicon with lithium to overcome some issues. It overcomes the problems of low initial charging efficiency and the short battery life of silicon-carbon batteries.

Xiaomi also claims that as a new direction of battery materials, silicon anode batteries have been applied to some new energy vehicles. It believes that this trend will soon be a new battery material for many smartphones.

With the continuous development of silicon-oxygen anode batteries, mobile phone batteries will become faster, lighter and thinner. They will also have high-capacity battery characteristics. This will be the future development direction of battery technology.

In addition to the battery, Xiaomi will also significantly improve the camera of its upcoming flagships. The company claims that the Xiaomi Mi 11 Ultra and Mi Pro will challenge for the title of “Android Phone King”. In addition to the above two mobile phones, the new Mi MIX, Mi Notebook Pro, and Mi’s new generation air conditioner will also launch.

Previous OnePlus 9 and 9 Pro broke records in China, Europe and the US